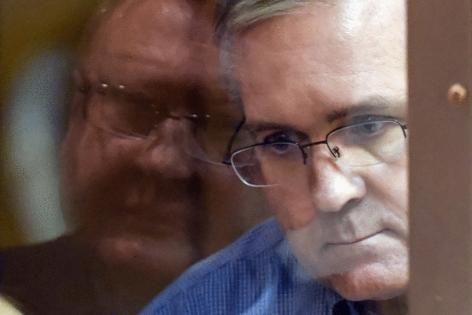 WASHINGTON — For the second time this year, the family of Michigan's Paul Whelan was left "devastated" that Russia agreed to swap an American prisoner for the return of a Russian inmate, and that, again, that American wasn't Paul.

"It's disappointing. We were aware that there was a 50-50 chance, and, unfortunately, it broke that way," Whelan's brother, David, told The Detroit News.

Paul Whelan, 52, of Novi has been held by Russia for nearly four years since his arrest at a Moscow hotel in December 2018 and later convicted on espionage charges that he's vehemently denied, claiming entrapment. The U.S. government deemed his detention "wrongful" and has pressed for his release from a 16-year sentence of hard labor.

But instead of Whelan's release Thursday, the Biden administration announced that basketball star Brittney Griner had been freed by Russia and was later traded on an airport tarmac in Abu Dhabi for convicted Russian arms smuggler Viktor Bout, who had served 12 years of a 25-year sentence in U.S. prison.

The Kremlin previously agreed to a separate prisoner swap in the spring, leading to the release of another American, Trevor Reed, who, like Whelan, is a former U.S. Marine who had traveled to Russia as a tourist.

"I am so glad that Brittney Griner is on her way home. As the family member of a Russian hostage, I can literally only imagine the joy she will have, being reunited with her loved ones, and in time for the holidays," David Whelan said.

"The Biden administration made the right decision to bring Ms. Griner home, and to make the deal that was possible, rather than waiting for one that wasn't going to happen."

But when will that deal happen for Whelan, David asked. Especially now that the U.S. government has given up the two prisoners that Russia most wanted to be returned — Bout and pilot Konstantin Yaroshenko, who was traded for Reed.

“We’ve not forgotten about Paul Whelan,” President Joe Biden said in remarks Thursday at the White House. “We will keep negotiating in good faith for Paul’s release.”

Senior Biden administration officials said that a U.S. official spoke "at length" with Paul Whelan by phone and talked him through Thursday's news. They emphasized that the administration also sought to bring Whelan home and had proposed multiple different options to the Russians that were rejected.