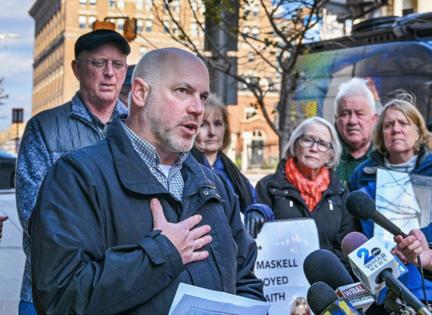 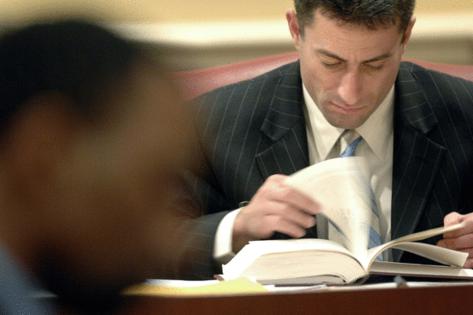 BALTIMORE — For years, the three Roman Catholic dioceses operating parishes in Maryland have successfully lobbied lawmakers to keep sexual abuse survivors from filing lawsuits against the church, a review of lobbying records shows.

Over the past five years, the Maryland Catholic Conference, the church’s public policy arm for the three dioceses, has spent more than $200,000 hiring former lawmakers and government officials and consultants as lobbyists to stop the Maryland General Assembly from expanding the state’s statute of limitations on lawsuits arising from sexual abuse claims.

“This is money that goes into collection,” said Teresa Lancaster, an Edgewater attorney who was abused five decades ago while attending Archbishop Keough High School. “The church is using it to lobby against children.”

Under state law, childhood sexual abuse survivors have until their 38th birthday to file a lawsuit or three years after their abuser was convicted in criminal court, whichever is later.

A spokesman for the Baltimore archdiocese — the largest of the three constituting the Maryland Catholic Conference — wrote in an email that the church has “on multiple occasions in the past” supported legislation extending the time for victims of child sexual abuse to file lawsuits.

“It is important to note that there is no statute of limitation on the criminal prosecution of child sexual abuse in Maryland,” Archdiocese of Baltimore spokesman Christian Kendzierski wrote. “Anyone guilty of such crimes can be held accountable until the day they die.”

First introduced in 2019, the Hidden Predator Act would have given all living survivors a chance to sue their abusers and enablers, through what is called a “look-back window,” where survivors would have two years from the act becoming law to file a lawsuit regardless of when the abuse happened. The bill has died repeatedly in the state Senate.

The Catholic Church’s lobbying is under renewed scrutiny with the impending release of a report by the Maryland Attorney General’s Office that is expected to detail the extent of sexual abuse, and its cover-up, in the Archdiocese of Baltimore going back eight decades.

The report, which cannot be released without a judge’s permission because it relies on grand jury materials, contains the names of 158 priests and other clergy who abused more than 600 people — some of whom were young enough to be in preschool at the time.

Over the past three years alone, the Archdiocese of Baltimore, the Diocese of Wilmington and the Archdiocese of Washington have combined to pay two men — former Gov. Martin O’Malley spokesman Rick Abbruzzese and former Sen. Robert “Bobby” Zirkin — $166,000 solely to fight legislation that would expand the statute of limitations for childhood sexual abuse survivors, a review of lobbying activity reports shows.