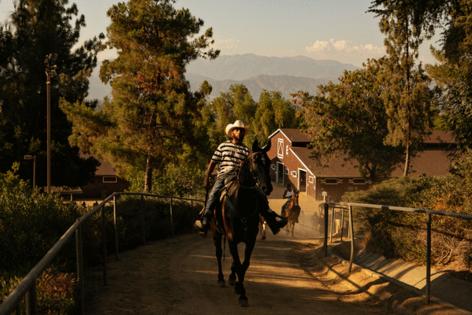 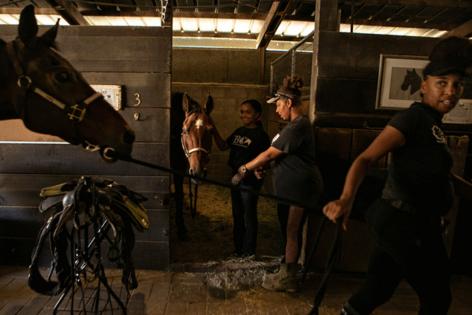 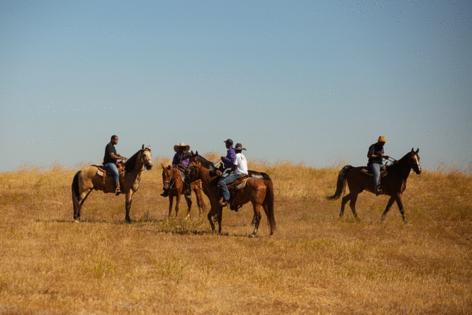 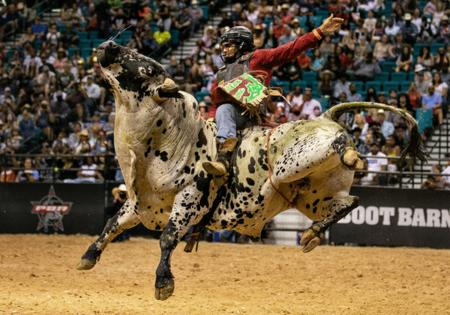 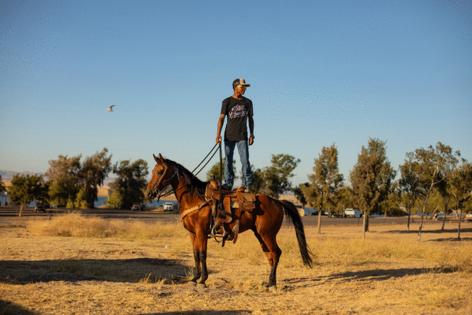 LOS ANGELES — Ron Jennings grew up in Los Angeles, but he's all country, right down to his cowboy hat and folksy twang.

The 42-year-old smiles when recounting the strange looks he got from fellow passengers during bus rides to his grandfather's horse stable in Gardena or to participate in rodeos at Griffith Park when he was a teen.

The cowboy hat, the bell clanging against the rodeo gear in his bull bag — he came across as an oddity in the city, even more so because he is Black.

Reactions were different when he rode horses down Crenshaw and Martin Luther King Jr. boulevards or to Leimert Park. Neighbors excitedly waved and honked their horns as he moseyed alongside lowriders.

Now Jennings operates a youth bull riding academy at his home in Jurupa Valley, and his 12-year-old son, Andrew, is a rising rodeo star in his own right.

Growing up, I couldn't think of a more powerful symbol of the American West than a white man with his horse: Clint Eastwood as cattle driver Rowdy Yates, staring me down with his icy gaze. The Lone Ranger crusading against injustice on his stallion Silver. President Ronald Reagan — a former B-movie cowboy — striking iconic poses for the press in his hat, jeans and boots at his ranch outside Santa Barbara.

I wasn't taught about the Black rodeo athletes, trail riders, ranchers and horse trainers who, like Jennings today, draw strength from the same traditions that Hollywood made me fall in love with.

Black cowboys and cowgirls are finally getting their moment to shine in the mainstream.

The recent films "Nope," "The Harder They Fall" and "Concrete Cowboy" have burned images of Black ranchers, settlers and riders into the public's consciousness.

Pop stars like Lil Nas X, Beyoncé and her sister, Solange, who celebrate country and western culture's Black roots in their music and videos, have imbued it with a certain hip factor.