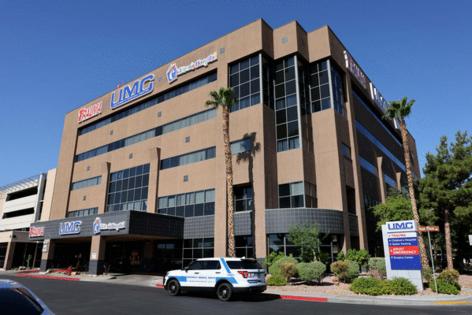 Labor and delivery nurse Julia Kidd last week filed a federal lawsuit against University Medical Center alleging it had engaged in religious discrimination. The lawsuit claims she was fired in retaliation for requesting the exemption and for seeking redress through the Nevada Equal Rights Commission.

Kidd, who is 55, had been working at Clark County’s public hospital for 18 years when she requested a religious exemption from its mandate that employees be vaccinated against COVID-19. UMC denied her request, and when she continued to refuse to get vaccinated, fired her in January.

The nurse said she is a practitioner of paganism, an alternative nature-based religion. She described herself as a solitary practitioner whose spiritual practice centers on invocation and communing with nature.

She told the Review-Journal she follows the Wiccan Rede, an ethical code that states, “If it harm none, do what you will.” In an interview in January following her suspension, she said she did not see how being unvaccinated harmed anyone if she wore a mask and personal protective equipment (PPE) “to the nth degree” while taking other precautions such as washing her hands. She also said she was willing to be tested daily for COVID-19.

The message she got from the hospital was that “we don’t think that’s a valid belief, so it doesn’t matter,” she said on Saturday.

Kidd is not opposed to vaccinations in general but had qualms about the COVID-19 shots because they were so new.

UMC announced its requirement for COVID-19 vaccination in September of last year, ahead of implementation of a federal mandate. In January, the U.S. Supreme Court allowed the federal mandate for health care workers at facilities receiving Medicare and Medicaid funding.

The federal mandate went into effect in Nevada in February. It does not require that health care workers get booster shots.

UMC representative Scott Kerbs said on Friday the hospital does not comment on pending litigation.