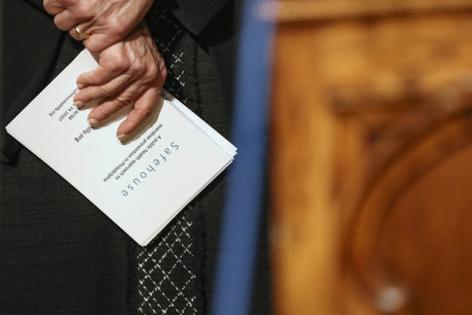 PHILADELPHIA — The federal government sought another delay in a yearslong legal battle to open a supervised injection site in Philadelphia on Monday, leaving unsettled whether a place for people in addiction to use drugs under medical supervision, and be revived if they overdose, can open in one of the cities hit hardest by a worsening national overdose crisis.

Federal officials asked for a two-month extension to a lawsuit filed by the nonprofit Safehouse, which seeks to make Philadelphia the nation’s second city trying this approach to combat the ongoing opioid crisis. Since last year, government lawyers and Safehouse have been negotiating the legal questions around opening a site in Philadelphia.

Previously, Safehouse and the Department of Justice have mutually agreed to extend the court deadline for the feds to respond several times. But Ronda Goldfein, Safehouse’s vice president, said the nonprofit plans to file a motion opposing the request for an extension.

“It’s been 15 months since our lawsuit was filed, almost four years since the original litigation began, and it’s time to bring this to an end,” she said. “This is a public health crisis. To say we need more time without any indication of what they need more time for, seems a bit insensitive to the urgency of the matter.”

Goldfein said the nonprofit had been hoping for a specific timeline for the government’s evaluation. “When can we and others move forward on this initiative?” she asked.

In a legal filing, lawyers with the Department of Justice noted that discussions so far have required coordination with multiple groups on a novel, complex issue.

“The United States believes an additional two months are necessary to permit careful consideration of the government’s harm reduction and public safety goals,” federal attorneys wrote in their latest filing Monday. The U.S. Attorney’s Office has declined to comment further on the status of the ongoing litigation.

Safehouse formed in late 2018 after Philadelphia city officials announced that they would support, but not fund, a supervised injection site. Philadelphia has since seen little progress in addressing one of the worst big-city overdose crises in the country: a record 1,276 people died of overdoses here in 2021.

In the meantime, two supervised injection sites have opened in New York City, and Rhode Island legislators voted in 2021 to legalize sites in that state. Staff at New York’s sites say they since have intervened to save lives in hundreds of potentially fatal overdoses, and the Biden administration has done nothing to stop their operation.

In February 2019, then-U.S. Attorney Bill McSwain, an appointee of Republican then-President Donald Trump, filed a lawsuit against Safehouse, aiming to prevent it from opening a site in Philadelphia. McSwain argued that the nonprofit would violate a federal law known as the “crackhouse statue,” which forbids the operation of an establishment for the purpose of using drugs.

The law was written by then-Sen. Joe Biden, a Democrat whose administration is now tasked with deciding whether to continue to pursue a case against Safehouse.

In October 2019, a federal judge ruled that Safehouse’s proposal to open a site did not violate federal law — as its purpose was not to encourage drug use, but to save lives amid the overdose crisis. The following spring, Safehouse announced plans to open a supervised injection site in South Philadelphia, prompting intense backlash from local residents that eventually scuppered the plan.

In January 2021, President Biden took office. Supporters hoped a Democratic administration would prove more amenable to harm-reduction measures like supervised injection sites. Biden has apologized for his role in tough-on-drugs crime legislation in the 1990s.

But just days after his inauguration, an appeals court ruled that supervised injection sites do, in fact, violate federal law. Safehouse appealed to the Supreme Court, which declined to hear the case. Safehouse then filed a countersuit, which the federal government was supposed to reply to by Monday. Instead, they asked for an extension.