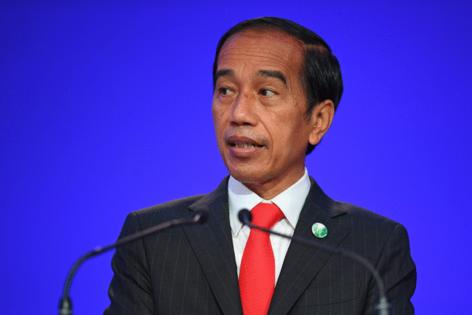 Indonesian lawmakers are forging ahead with plans to change the nation’s criminal code to effectively outlaw extramarital sex and increase penalties on women who have abortions as part of legislation that sparked violent protests when introduced in 2019.

Parliament may begin debate on the measure as soon as Tuesday. Debate on the proposal could take days or several weeks, depending on whether amendments are offered.

In addition to the provisions on abortion and extramarital sex, the proposed revision of the penal code would also add limits on speech criticizing the president and vice president and further restrict the rights of LGBTQ citizens.

Days of demonstrations erupted after the bill was introduced in 2019, prompting President Joko Widodo — known as Jokowi — to delay the legislation in order to get more feedback from the public. In the end, little was changed, signaling the strength of Indonesia’s conservative religious parties, despite Jokowi’s urging to avoid identity politics heading into the 2024 elections.

Lawmakers did have a watered-down version of the legislation they could have taken up, but that was bypassed in favor of the current bill.

While the move will win praise from Indonesia’s conservative Muslims, it may further undercut popular support for Jokowi among those backing a more secular public policy. Indonesians are already unhappy in the face of the fastest inflation in seven years and higher petrol prices following the removal of government subsidies. A recent survey showed trust in Jokowi’s government has declined to its lowest since the start of his second term as president in 2019.

The law’s passage could also undermine Jokowi’s efforts to court investors and bolster economic growth, endangering his plans to develop a new capital city for Indonesia in East Kalimantan province on the island of Borneo.