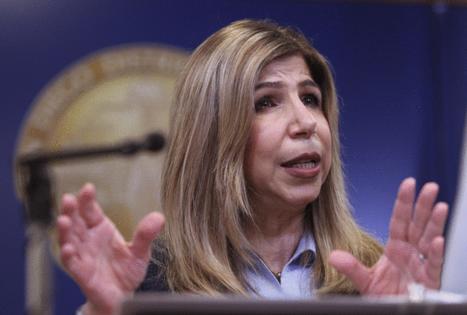 SAN DIEGO — There's a new outreach effort under way in the region's immigrant and refugee communities to encourage people to report crimes, and authorities say those who come forward will not face retribution because of their immigration status, the San Diego County District Attorney's Office announced last week.

As part of the new outreach, the District Attorney's Office has printed cards in English, Spanish, Farsi and Ukrainian to encourage refugees and immigrants to report crimes when they are victims or witnesses.

Catholic Charities is among the organizations distributing the cards. There are also new videos in English and Spanish featuring District Attorney Summer Stephan and Cardinal Robert McElroy, bishop of the Roman Catholic Diocese of San Diego.

About 21.5 percent of the county's population are immigrants, including refugees, according to the District Attorney's Office, which cited data from the county's Health and Human Services Administration.

Stephan said in a statement that she understands the uncertainty about reporting crime when a person is a refugee or an immigrant, regardless of whether that person has permission to be in the United States. She said her office wants to ease those fears and encourage anyone to come forward if they or a loved one is a victim of a crime.

"We will not ask their immigration status, which is the law in California, and we have services that can help them," she said.

Stephan's office said that local authorities are concerned only about the details of the crime, not a person's immigration status, and it does not tolerate "any actions intended to interfere with or retaliate against potential crime witnesses."

Lucero Chavez Basilio, director of the county's Office of Immigrant and Refugee Affairs, said her agency will distribute the new cards to nonprofits and immigrant aid groups to give out so people know they have access to resources "without fear of repercussions or unintended consequences and regardless of immigration status."

In a statement issued by the District Attorney's Office, Bishop McElroy said: "The safety and security of the immigrant and refugee communities is close to the heart of God, and we are blessed that here in San Diego County, a person reporting a crime against themselves or their family or friends will find justice and protection without in any way endangering their immigration status or right to continue to live in this community."