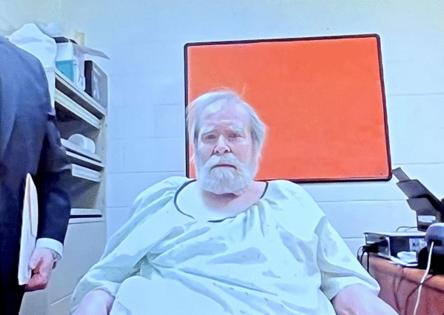 NEW YORK — A convicted serial murderer known as the “Times Square Killer” whose savage string of sexually charged murders stretched from New Jersey to Manhattan for nearly 15 years confessed Monday to the half-century-old homicides of five women on Long Island.

Richard Cottingham, 76, who is also known as the “Torso Killer,” is already serving time in New Jersey State Prison in Trenton for 11 homicides committed between 1967 and 1980.

Dressed in a medical gown, he appeared via video in Supreme Court in Nassau County from a prison hospital ward and pleaded guilty to the 1968 murder of dance teacher Diane Cusick. He also admitted to killing four other women in 1972 and 1973.

“You did this to her!” Cusick’s brother Jim Martin yelled at Cottingham’s image on the TV screen during the hearing. “He turned our lives upside down.”

“My dad carried her body not knowing if she was alive or dead,” Martin added. “Can you imagine?”

Offered a chance to speak to victims’ families during the hearing, Cottingham flatly refused, saying only, “No.”

Cusick, 23, disappeared outside the Green Acres Mall in Valley Stream after going there to buy dance shoes.

Cottingham was linked through DNA to Cusick’s murder and charged in June 2022. Nassau authorities say he sexually assaulted her and strangled her in a parked car on Feb. 16, 1968.

Cusick’s father found her body in the back seat of her car. Her mouth was covered with an adhesive band and her hands were tied together, authorities said.

Investigators previously said Cottingham pretended to be a police officer or mall security officer and accused Cusick of shoplifting before he strangled her.