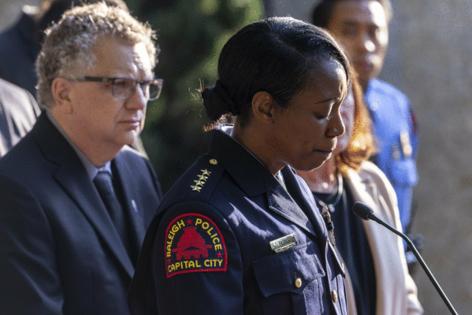 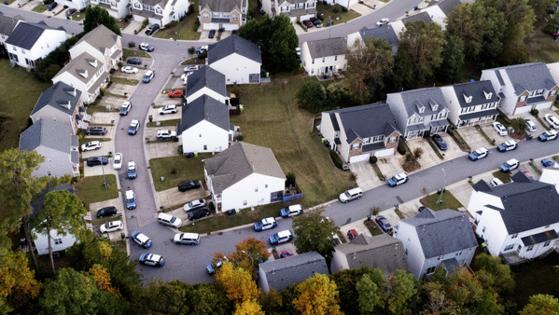 RALEIGH, N.C. — The city of Raleigh released a small portion of police officers’ body camera video Thursday showing the confrontation between police and the suspect in the mass shooting in the Hedingham neighborhood in October.

The footage shows officers surrounding a barn-like garage building in the woods around 6:42 p.m. and an officer being shot during the standoff Oct. 13, hours after six people were shot in the neighborhood and along a nearby trail.

The barrage of gunfire is followed by silence from the building as the injured officer, Casey Clark, is pulled to safety and his fellow officers apply tourniquets to his right knee. The officer is alert and talking and at one point says his injury may have been caused by a ricochet bullet.

The 12-minute video comes from hundreds of hours of officers’ body camera footage, a police spokesperson said. The recordings do not show the 15-year-old suspect in the shootings or his arrest just before 10 p.m.

The videos also do not show whether the suspect shot himself or was shot by the officers’ gunfire.

The standoff lasted about three hours, and officers fired at least 23 rounds of shots after the suspect fired multiple shots from inside the building. The suspect was hospitalized for his injuries.

Officers also seized weapons the juvenile was carrying, including a handgun, several types of ammunition, and a large hunting knife, according to findings in a Five-Day report released by city officials Oct. 20.

Petitioned for release of videos

On Oct. 24, the Raleigh Police Department petitioned to release recordings of the incident, which state law requires before such information can be made public. The request was granted on Nov. 10 after a hearing in Wake County Superior Court

The Police Department has not petitioned for the release of any other video, said spokesperson Lt. Jason Borneo.