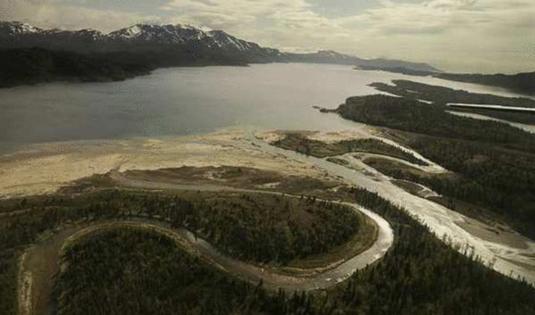 ANCHROAGE, Alaska — The Environmental Protection Agency on Thursday moved to deal a major blow to the proposed Pebble mine, a large copper and gold prospect in a salmon-rich Southwest Alaska region that has been hotly contested for more than a decade.

Casey Sixkiller, the administrator for the EPA’s Pacific Northwest region that includes Alaska, recommended the agency stop the mine from being built under a rarely employed agency action called a “veto,” setting the stage for a final decision from EPA headquarters by February.

The EPA has said the mine’s construction and operation would destroy about 100 miles of stream that support salmon habitat, through the release of “dredged or fill material” in the mining area. That would cause “unacceptable adverse effects” to fishery areas in a watershed of “unparalleled ecological value,” supporting the agency’s special action.

“If affirmed by EPA’s Office of Water during the fourth and final step, this action would help protect salmon fishery areas that support world-class commercial and recreational fisheries, and that have sustained Alaska Native communities for thousands of years, supporting a subsistence-based way of life for one of the last intact wild salmon-based cultures in the world,” Sixkiller said in a statement Thursday.

Mine opponents have long called for the action, say it is unlikely to be overturned and could close the door on the project.

The action is separate from a decision by the U.S. Army Corps of Engineers in 2020 to reject a permit for the mine under the traditional federal permitting process. The Corps said the mine was not in the public interest. Mine developer Pebble Limited Partnership is appealing that decision. EPA’s decision would overrule any Corps conclusion on the project.

The mine site, located on state land, straddles headwaters of the Bristol Bay region about 200 miles southwest of Anchorage. It is home to the world’s largest sockeye salmon fishery, worth an estimated $2 billion.

Conservation and tribal groups have argued that pollution from the mine will destroy the fishery, leading them to call on the EPA to use its special authority under the Clean Water Act to stop the mine.

Supporters say it can coexist with the fishery without harming it, and that the mine could open a region of Alaska that contains minerals worth hundreds of billions of dollars, creating new jobs and helping the state’s struggling economy.

The project has been in the works for decades, after exploration began in the 1980s. Its history has been marked by a roller-coaster ride of events, including attempts to stop it under three U.S. presidents, the leak of videos that led to the resignation of its chief executive in 2020, and overwhelming opposition to the project by the public in EPA comment periods.

Pebble Limited Partnership has long argued that the mine can be safely built and has threatened to sue the EPA if it finalizes the veto, saying the action is legally unsound and flies “in the face of decades of regulatory precedent for fair and due process for development projects.”