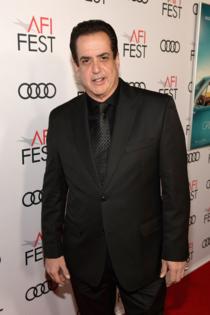 NEW YORK — An overdose victim whose corpse was dumped on a Bronx sidewalk was identified Thursday as the son of a onetime Copacabana bouncer played by Viggo Mortensen in the Oscar-winning movie “Green Book.”

Frank Vallelonga Jr., 60, was the son of the late Frank Vallelonga Sr., known as “Tony Lip,” who famously accompanied Black pianist Don Shirley as a bodyguard during a tour through the deep South in the early 1960s before an unlikely transformation from doorman to actor — and a recurring role on “The Sopranos.”

The suspect arrested for allegedly leaving the lifeless body behind apparently loaded the body into a vehicle belonging to the victim’s Academy Award-winning brother for the Nov. 29 ride to his final resting place, a criminal complaint alleged.

“That dude was dead already,” driver Steven Smith told police, according to the criminal complaint. “He overdosed. I didn’t have anything to do with that.”

The body of Frank Jr. was discovered at 3:51 a.m. Monday after a 911 call reporting a body outside a Hunts Point factory, and police said video surveillance and witnesses confirmed the car with New Jersey plates stopped before the corpse was pulled outside and left behind.

“I loved the guy. He was a great guy,” “Sopranos” star Vincent Pastore told the Daily News. “The last time I saw Frankie he came to one of my acting classes in the city, about six months ago.”

The corpse was found without any identification, initially leaving the victim’s name as a mystery. Vallelonga Jr. was the owner of Tony Lip’s Italian Restaurant, named after his famous father, in Franklin Lakes, New Jersey.

Vallelonga Jr.’s own stab at an acting career included credits for “Green Book” and an appearance on “The Sopranos.”