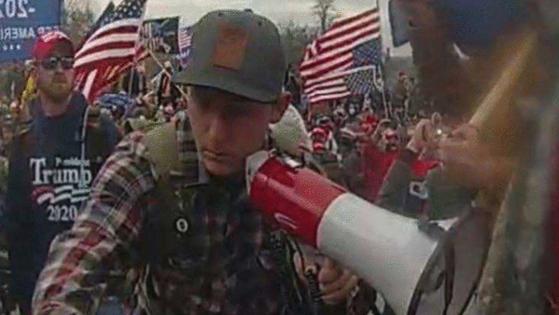 SACRAMENTO, Calif. — Federal prosecutors are slamming efforts by a California man accused in the Jan. 6 Capitol insurrection to have his charges dismissed, his past criminal history hidden from public view and to have his upcoming trial moved from Washington, D.C., to Sacramento.

They also are asking a judge to reject a request by Sean McHugh that he be released from custody in Washington pending trial because of claims he is being abused in jail and facing mental deterioration, noting that McHugh has twice been found to be a danger to the community and was on probation at the time of his alleged offenses Jan. 6, 2021.

“The defendant has a remarkably long and disturbing criminal history, which lists arrests for violent offenses such as home invasions, burglary, domestic violence, destruction of property, and rape offenses, as well as at least twelve convictions for offenses such as vandalism, theft, and statutory rape,” prosecutors wrote in one of four motions filed this week in federal court in Washington.

“For example, in 2009, McHugh was arrested and charged with ‘Rape: Force/Fear/Etc.’ and ‘Rape: Victim Drugged.’ One year later, after an arrest for failure to appear, he plead to ‘Sex with minor + or -3 years’ and ‘Contribute to Delinquency of a Minor.’

“The defendant also has at least three convictions for driving under the influence on his record, including a sentence of 180 days in jail that was issued in December 2018. Moreover, many of McHugh’s offenses occurred while he was on probation and being supervised, including the instant offense.

McHugh, a 35-year-old construction worker from Auburn, has rejected a plea bargain offered by prosecutors and indicated he wants to go to trial on allegations that he assaulted police with bear spray and a metal sign and exhorted fellow rioters forward while using a bullhorn.

Trial currently is set for April in Washington federal court.

His lawyer has filed motions seeking dismissal of the indictment he faces, his release on bond, a move of the trial to Sacramento and a protective order that would seal a previously filed court document listing what prosecutors describe as McHugh’s criminal history.

In the latter motion, McHugh attorney Joseph Allen argues that prosecutors have incorrectly cited “crimes of which the defendant has never been convicted, or in some cases, even charged,” which has led to McHugh being targeted online “as a pedophile.”