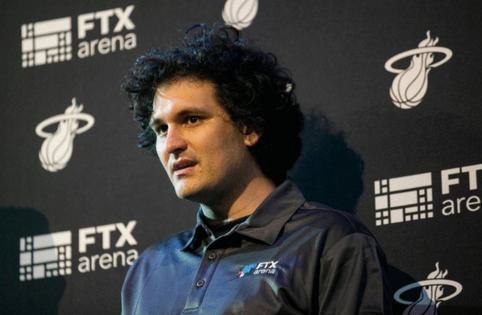 In his first major public appearance following the Nov. 11 implosion of FTX and sister trading house Alameda Research, Bankman-Fried said he “screwed up” at the helm of the exchange and should have focused more on risk management, customer protection and links between FTX and Alameda.

“I made a lot of mistakes,” the 30-year-old said Wednesday by video link at the New York Times DealBook Summit. “There are things I would give anything to be able to do over again. I didn’t ever try to commit fraud on anyone.”

Bankman-Fried’s participation was controversial given there are outstanding questions about how Bahamas-based FTX ended up with an $8 billion hole in its balance sheet and whether it mishandled customer funds. Reports that FTX lent client money to Alameda for risky trades have stoked such concerns.

Interviewed by New York Times columnist Andrew Ross Sorkin, who said Bankman-Fried was joining from the Bahamas, the fallen crypto mogul didn’t give a straight answer about whether he had at times lied.

Bankman-Fried told the summit that he “didn’t knowingly commingle funds.” At the same time, he said that FTX and Alameda were “substantially more” linked than intended and that he failed to pay attention to the trading house’s “too large” margin position.

He said he wasn’t running Alameda and added that he was “nervous about a conflict of interest.” No person was in charge of position risk at FTX, he said, describing the lack of oversight as a mistake.

Bankman-Fried reiterated during a taped interview on Good Morning America that was broadcast Thursday that he wasn’t aware of any improper transactions involving funds from the exchange and Alameda while his crypto empire collapsed.

The comments shed little light on the question of where client funds ended up as Bankman-Fried stuck to a hard-to-parse account of how Alameda ran up a massive margin position on the exchange.

KANSAS CITY, Mo. — Three teenagers were killed in a crash when a vehicle they were in went airborne and struck a tree, Missouri police say.

The Missouri State Highway Patrol said five people were in the Ford Focus that ...Read More