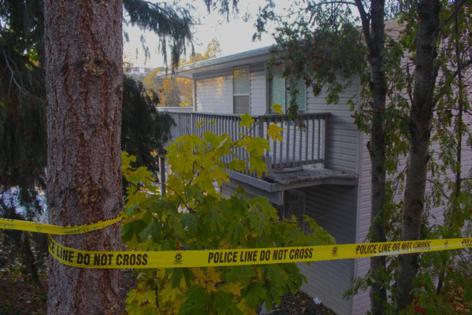 The remarks, which led the Moscow Police Department to issue a string of clarifying statements, came as the community continues to ask questions about the circumstances that led to the four being stabbed to death in a Moscow home on Nov. 13.

Two days after the killing, police began calling the killing an “isolated, targeted attack.” Ever since, family members and the public have been left to wonder what led police to believe it was targeted if there is no suspect. Police have repeatedly declined to answer that question.

Latah Prosecutor Bill Thompson, whose territory includes Moscow, added to the confusion Tuesday night when NewsNation aired a segment in which the prosecutor said he can’t say if a person was the target of the attack.

“It seems like the word ‘targeted’ has had different understandings for different people who were listening and perhaps isn’t the best word to use,” Thompson explained in a video posted early Tuesday night. “The bottom line is whoever is responsible for this is still at large. That can’t be changed. My understanding is that investigators believe that whoever is responsible was specifically looking at this particular residence. But that’s all that they can offer at this point.”

When asked if investigators were looking at a particular individual as the target, Thompson said he “doesn’t think that they can say that at this point.”

“That’s part of the investigation is trying to determine who might have been the target,” Thompson said.

Thompson gave a more definitive answer about a potential target in the killings Wednesday in an interview with KTVB.

“Investigators do believe that the attack was intended to focus on a specific one of the residents there,” Thompson said. “They’re just trying to figure out who.”

The early statement read: “Regarding the interview with Latah County Prosecutor Bill Thompson, we feel his responses were messaged to support the implication that new information had been released. Specifically, generalized statements regarding the potential of targeted victims … were redefined into an affirmative answer. At this time, there is no change or new information in this case, and references otherwise would be inaccurate.”

“Conflicting information has been released over the past 24 hours,” the update said. “The Latah County Prosecutor’s Office stated the suspect(s) specifically looked at this residence, and one or more of the occupants were undoubtedly targeted. We have spoken with the Latah County Prosecutor’s Office and identified this was a miscommunication. Detectives do not currently know if the residence or any occupants were specifically targeted but continue to investigate.”

When the Idaho Statesman asked to interview Thompson, the Latah County Prosecutor’s Office said all interviews must be arranged through law enforcement. The Moscow Police Department said Thompson was not planning to do any other interviews on Wednesday and potentially would not do any in the future.

Police also said Wednesday they do not believe a September alert sent by the University of Idaho was related to the homicide case. The alert said that a group of students had been threatened by someone with a knife.

“There have been media questions about a Sept. 12, 2022, incident regarding an argument between a group of people walking on the University of Idaho bike path and a cyclist,” the Moscow Police Department statement read. “It was reported that during the confrontation, the cyclist displayed a folding knife. Both parties dispersed, and there were no injuries. The cyclist turned himself in to the police. The case was investigated and misdemeanor charges were referred to the Moscow City Attorney’s Office.”

WASHINGTON — The U.S. has started to recover some parts from the Chinese balloon that an American F-22 fighter jet shot down off the coast of South Carolina, as Biden administration officials said the U.S. was still ...Read More

Some of the most powerful Middle East earthquakes in decades killed more than 2,500 people in Turkey and Syria, and left millions in the cold as night fell and snowfall increased.

A predawn earthquake with a magnitude of ...Read More