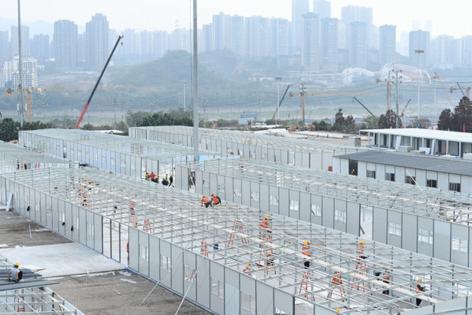 TAIPEI, Taiwan — Nearly three years into a pandemic that has killed more than 6.6 million people worldwide, the official death toll in mainland China stands at 5,233 — a stunningly low number for the world’s most populous nation.

While most countries long ago stopped trying to eliminate the coronavirus and decided to live with it instead, China has gone to extreme lengths to prevent it from spreading. The government relentlessly tracks its citizens, mandates constant testing, shutters workers inside factories and locks down entire cities under a plan that has come to be known as “zero COVID.”

Now, with its economy in steep decline and protesters taking to the streets in a rare show of defiance against an authoritarian government, the country’s leaders are facing enormous pressure to ease up on those restrictions.

But there’s a major problem they’ll have to contend with: Zero COVID has turned China into a coronavirus tinderbox.

With outbreaks scrupulously suppressed and vaccination rates lagging, the population is likely to have little natural immunity. If the rules were relaxed too much, experts fear the country of 1.4 billion would experience a public health emergency on a massive scale, which would threaten its capacity to care for the sick.

“Without a coordinated and coherent plan, it might just lead to a rapid increase in cases, and then you will find the healthcare system quickly overwhelmed,” said Yanzhong Huang, senior fellow for global health at the Council on Foreign Relations and an expert on public health in China. “That will defeat the very purpose of the Chinese pandemic response.”

To get an idea of what that could look like, consider Hong Kong in February. That’s when the highly contagious omicron variant broke through the city’s zero-COVID defenses and swept through the densely packed metropolis.

Although 72% of residents had been vaccinated against COVID-19, vaccine uptake among vulnerable senior citizens was considerably lower. Less than 45% of those 70 and older were inoculated when the outbreak got underway, and among residents of assisted-living homes, it was below 20%.

Within weeks, a massive convention center was transformed into a makeshift hospital to care for elderly COVID-19 patients. Wait times for ambulances lasted up to two days. Morgues ran out of coffins as the daily death toll soared from zero to nearly 300 even though the variant often seems less dangerous than its predecessors.

Public anger and frustration aside, many citizens fear a similar scenario could unfold on the mainland.