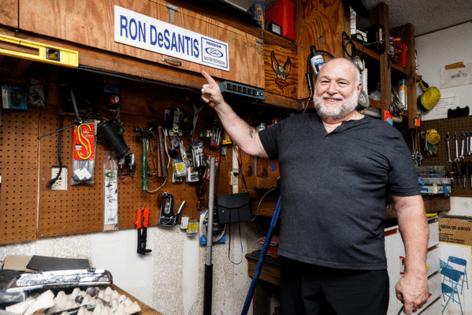 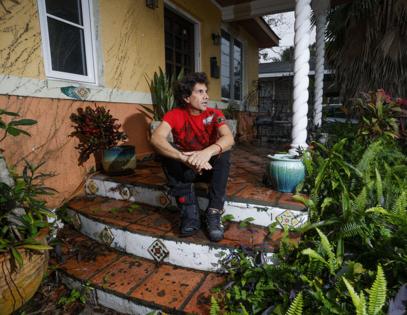 At least, that’s what his friends call him.

Ron DeSantis, of Dunedin, was initially suspicious of the unknown 727 area code that showed up on his phone. But before long, he was chatting with a reporter about what it was like to have one of the most recognizable names in American politics.

Dunedin Ron DeSantis is not that Ron DeSantis. Though that Ron DeSantis, 44, is also from Dunedin, and would also presumably be skeptical of a call from a Tampa Bay Times reporter. (He’s never sat down with the paper for an interview.)

Dunedin Ron DeSantis has certainly never been elected to statewide public office. As far as he knows, he’s not related to the family in the Governor’s Mansion.

“Say you call the bank or something and you have to say your name. I qualify it now,” Dunedin Ron said. “I say, this is Ron DeSantis — not the gov.”

This is a strange time for people with the same name as Florida’s 46th governor, who is widely presumed to be eyeing a run for president of the United States. The subject of an avalanche of daily national news coverage, Gov. Ron DeSantis is as close to a household name as any state governor gets to be.

Before the last few years, there was nothing special about the name Ron DeSantis. Sharing his name wasn’t like being named “Joseph Biden” or “Donald Trump” — public figures for decades before they inhabited the White House. (Three Donald Trumps vote in Florida. Zero Joe Bidens.)

But now, Ron DeSantis, whoever he is, faces a particular set of social obstacles. When he announces his presence, he sends airlines and restaurants into a tizzy. Annoying questions about personal politics from casual acquaintances — or even the local newspaper — can be expected. (Both Ron DeSantises who spoke to the Tampa Bay Times for this story are fans of the governor.)