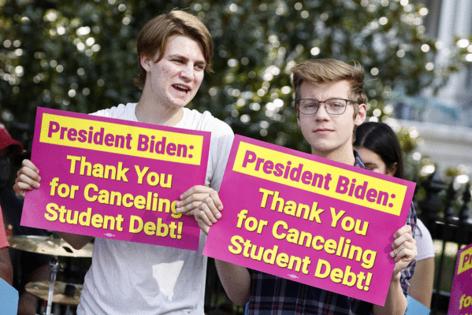 The Biden administration’s student loan forgiveness plan remains on hold, after the 5th U.S. Circuit Court of Appeals denied a request from the federal government to temporarily reverse a lower court order that blocked rollout of the plan.

A three-judge panel of the New Orleans-based appeals court on Wednesday rejected the request in a brief order, which means the plan will remain on hold while the administration appeals an order from a Texas judge that declared the debt relief proposal unlawful.

Court orders across multiple lawsuits have blocked the distribution of any debt relief under the plan since late October.

In a separate lawsuit, six Republican-led states have turned to the U.S. Supreme Court in their effort to block the plan, arguing that the president overstepped his executive authority by authorizing the program without congressional approval.

The White House didn’t immediately respond to a request for comment.