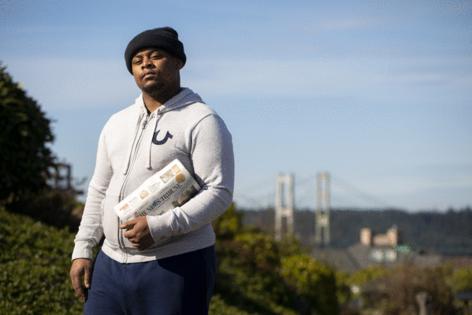 SEATTLE — Pierce County Sheriff Ed Troyer’s call last year to an emergency dispatcher saying a Black newspaper carrier was threatening to kill him — a claim a Tacoma police report said he walked back upon questioning — provoked widespread criticism and calls for his resignation.

It led Troyer to be placed on a prosecutor’s list of officers with credibility issues. An investigation by a former U.S. attorney found his conduct violated bias-free policing and professional standards.

But did he commit a crime?

In opening statements Wednesday in Troyer’s criminal trial in a Tacoma courtroom, prosecutors and defense attorneys laid out sharply contrasting accounts of what happened in the early hours of Jan. 27, 2021.

Troyer faces misdemeanor charges of false reporting and making a false or misleading statement to a public servant.

“Pierce County Sheriff Ed Troyer got into a confrontation with a newspaper carrier and then lied to a 911 dispatcher by reporting that the newspaper carrier threatened to kill him,” Serrano said, citing the massive police response prompted by Troyer’s 2 a.m. call.

She noted Troyer left dispatchers with the impression the county sheriff’s life was in danger, and triggered a countywide alert at the highest priority level, sending more than 40 officers hurtling toward the scene.

“It is against the law for any person to report a false emergency. It is also against the law to make a false or misleading statement to a public servant. The evidence will show that Sheriff Troyer did both of these things,” Serrano said, saying prosecutors will rely on testimony from law enforcement officers, emergency dispatchers, and the newspaper carrier, Sedrick Altheimer.

Anne Bremner, Troyer’s defense attorney, argued the case is fundamentally flawed and unfair, saying evidence will show Troyer did not take back his claims about threats made by Altheimer.