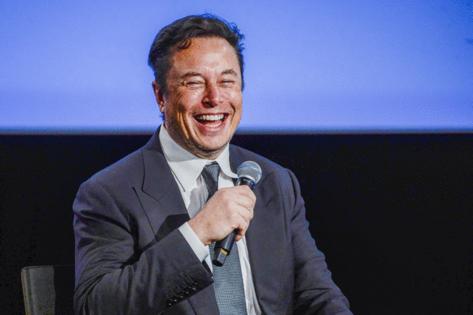 Elon Musk’s Neuralink Corp. aims to start putting its coin-sized computing brain implant into human patients within six months, the company announced at an event at its Fremont, Calif. headquarters on Wednesday evening.

Neuralink has been refining the product, which consists of a tiny device and electrode-laced wires, along with a robot that carves out a piece of a person’s skull and implants it into the brain. Ongoing discussions with the U.S. Food and Drug Administration have gone well enough for the company to set a target of its first human trials within the next six months, according to Musk.

In typical fashion for an Elon Musk venture, Neuralink is already bounding ahead, aiming implants at other parts of the body. During the event, Musk revealed work on two major products in addition to the brain-computer interface. It’s developing implants that can go into the spinal cord and potentially restore movement in someone suffering from paralysis. And it has an ocular implant meant to improve or restore human vision.

"As miraculous as that may sound, we are confident that it is possible to restore full-body functionality to someone who has a severed spinal cord," Musk said at the event.

The goal of the brain-computer interface, known as a BCI, is initially to allow a person with a debilitating condition — such as amyotrophic lateral sclerosis (ALS) or the aftereffects of a stroke — to communicate via their thoughts.

The Neuralink device would translate the neuronal activity into data that could be interpreted by a computer. Musk’s hope is that the device could one day become mainstream and allow for the transfer of information between humans and machines. Musk has long argued that humans can only keep up with the advances being made by artificial intelligence with the help of computer-like augmentations.

“You are so used to being a de-facto cyborg,” Musk said. “But if you’re interacting with your phone, you’re limited.”

As has been the case with past Neuralink events, some of the things demonstrated by Musk and his team have already been accomplished in academic settings. The company’s critics have long accused Musk of overhyping Neuralink’s advances and over-promising what the technology will be able to do in the near future, if ever.

Brain-machine interface technology has been researched and advanced by academia for decades. Musk’s entry into the arena, however, has spurred a wave of investment from venture capitalists into startups and helped push the field forward at a much more rapid clip.

A couple of similar startups are ahead of Neuralink when it comes to human trials. Synchron Inc., for example, has been able to implant a small stent-like device into the brains of patients in Australia and the U.S. The product has made it possible for patients who were unable to move or speak to communicate wirelessly via computers and their thoughts. Onward Inc. has also done breakthrough work restoring some movement in people with spinal cord injuries.