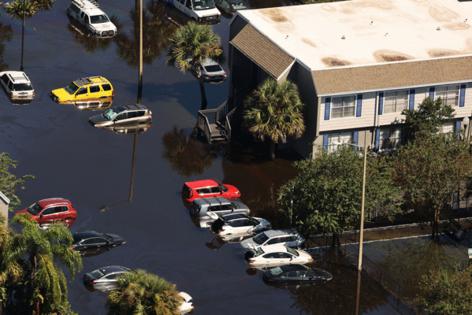 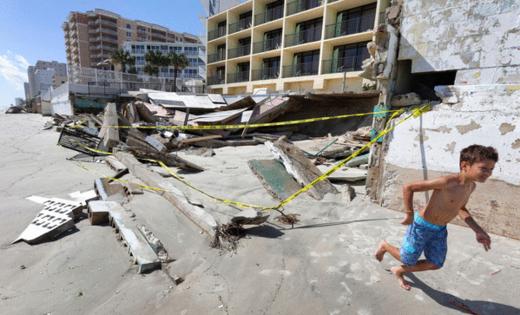 ORLANDO, Fla. — This year’s hurricane season ended Wednesday, the last day of November, with a portfolio of nearly normal storm activity during the past six months — except for the havoc on lives and property in Florida.

Of 14 named storms that rode the Atlantic basin in 2022, Florida was unbothered by all but two, hurricanes Ian and Nicole. With very different qualities, they sliced a neat X across the state’s peninsula with paths that met just southeast of Orlando.

Armed with Category 4 winds of 150 mph, Ian tore into the north Fort Myers area as a slow, powerful and wet hurricane on Sept. 28, romping northeast to exit to the Atlantic near Cocoa Beach.

Nicole arrived at the Treasure Coast 43 days later on Nov. 10 as weather was cooling and popular wisdom held that hurricanes were no longer a bother for the year. The Category 1 storm traveled quickly toward Cedar Key and passed into Georgia north of Tallahassee.

“For all intents and purposes, the 2022 hurricane season will be looked back on as average from a climatological perspective,” said Will Ulrich, warning coordination meteorologist at the National Weather Service in Central Florida.

“But if you were to say that to someone living in Florida, they would say it was anything but average.”

With the hurricane season starting June 1, Florida immediately got a dose of storm jitters from a tropical depression that shoved off from Mexico’s Yucatán Peninsula aiming for Fort Myers.

The system traversed the state to the Atlantic coast and gathered into Tropical Storm Alex when far offshore and moving farther away.

“This unique season was defined by a rare mid-season pause in storms that scientists preliminarily believe was caused by increased wind shear and suppressed atmospheric moisture high over the Atlantic Ocean,” the National Hurricane Center explained. “After a quiet period in August, activity ramped up in September.”