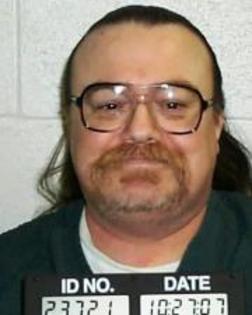 BOISE, Idaho — Idaho’s first execution in more than a decade, scheduled next month for death row inmate Gerald Pizzuto, was postponed Wednesday after the state prison system acknowledged that it has been unable to obtain the necessary lethal injection drugs.

Idaho Department of Correction Director Josh Tewalt, tasked with carrying out Pizzuto’s planned Dec. 15 execution, told the governor and Idaho attorney general’s office of the development in a letter, as well as through an attorney’s federal district court filing. Pizzuto’s death warrant will be allowed to lapse, the corresponding court filing reads.

“While our efforts to secure chemicals remain ongoing, I have no reason to believe our status will change prior to the scheduled execution on Dec. 15, 2022,” Tewalt wrote in the letter. “In my professional judgment, I believe it is in the best interest of justice to allow the death warrant to expire and stand down our execution preparation.”

Pizzuto, who is imprisoned at the Idaho Maximum Security Institution outside Kuna, is to remain “housed in a manner consistent with Idaho Code” while his death warrant is still active, Tewalt added. Idaho death row inmates are moved to a separate holding area with 24-hour observation once their death warrants are signed.

Pizzuto, 66, has been on Idaho death row since 1986 after his conviction for the murders of two people during an armed robbery north of McCall in the summer of 1985. This is the fourth time during that 36-year period that Pizzuto will bypass a death warrant, including the second in two years.

Gov. Brad Little did not respond to a Statesman request for comment Wednesday afternoon.

Pizzuto is terminally ill with late-stage bladder cancer, along with a host of other serious medical conditions. He’s been under hospice care for more than two years.

The Idaho Commission of Pardons and Parole last year recommended that Pizzuto’s death sentence be reduced to life in prison in part because of his failing health. Little immediately rejected the state parole board’s recommendation, citing the heinousness of Pizzuto’s crimes.

Pizzuto’s attorneys with the nonprofit Federal Defender Services of Idaho have continued to advocate for the state to allow their client to die in prison of natural causes rather than force taxpayers to shoulder the added costs of an execution.