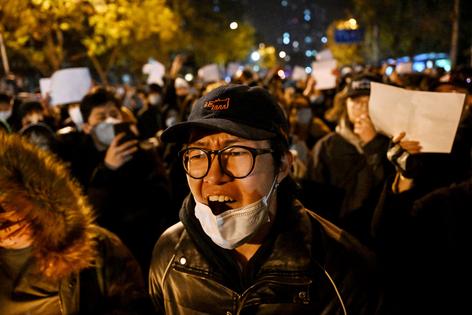 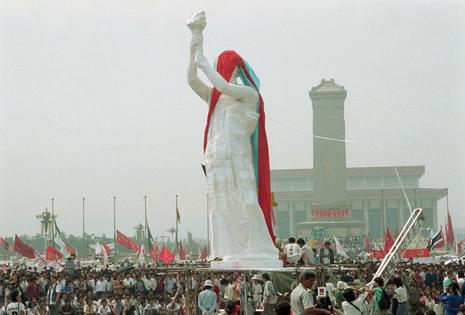 Street protests across China have evoked memories of the Tiananmen Square demonstrations that were brutally quashed in 1989. Indeed, foreign media have suggested the current unrest sweeping cities across China is unlike anything seen in the country since that time.

The implication is that protest in China is a rarity. Meanwhile, the Nov. 30, 2022, death of Jiang Zemin – the leader brought in after the bloody crackdown on 1989 – gives further reason to reflect on how China has changed since the Tiananmen Square massacre, and how Communist party leaders might react to unrest now.

But how uncommon are these recent public actions? And how do they compare with the massive weekslong demonstrations of 1989?

Having written extensively on protest in China, I can attest that protests in China are not at all uncommon – but that doesn’t make what is happening now any less significant. Alongside similarities between the current street actions and more typical protests of recent years, there are also parallels between the demonstrations today and those in 1989. Yet differences in China’s international status and domestic leadership reduce the chances for liberal democratic transformation now.

The current protests are ostensibly about the Chinese government’s strict “zero COVID” policies. They were triggered by a deadly fire in the northwestern city of Urumqi on Nov. 24, with some residents blaming lockdown rules for hampering rescue efforts. Unrest has since spread to multiple cities, including Beijing and Shanghai.

The specifics are unique to the pandemic. But in many respects, what we are seeing is not new or unusual – protests, in general, are not rare in China.

In fact, from 1990 through the present, popular protests have been more frequent and widespread in China than they were in the years leading up to the Tiananmen Square-centered demonstrations.

According to Chinese government statistics, the yearly count of domestic “mass incidents” or “public order disturbances” – euphemisms used to refer to everything from organized crime to street protests – rose from 5,000 to 10,000 in the early 1990s to 60,000 to 100,000 by the early 2000s.

Despite the lack of official numbers since 2006 – which ceased to be published after that year – verbal statements by Chinese officials and research by scholars and nongovernment organizations estimate the number of yearly protests to have remained in the high tens-of-thousands.

This is not to say the recent multi-city protests are unsurprising or insignificant. To the contrary, the current media spotlight is, I believe, well-deserved.