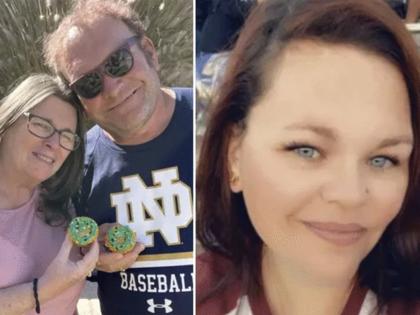 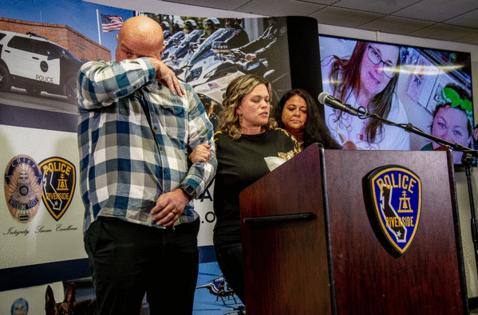 Austin Lee Edwards portrayed himself as a 17-year-old while communicating online with the girl, using “grooming” methods such as asking for or trading sexually explicit images, providing gifts such as drugs, alcohol or gift cards and giving out compliments, Riverside Police Chief Larry Gonzalez said Wednesday at a news conference. He said it is still under investigation how long the digital relationship between Edwards and the teen girl transpired and on what platform they used to meet or communicate.

“This is a broad category of online exploitation,” Gonzalez said. “This type of victimization takes place across every platform, social media, messaging apps, gaming platforms, etc.

“This is yet another horrific reminder of the predators existing online who prey on our children,” he said. “If you’ve already had this conversation with your kids on how to be safe online and on social media, please have it again. If not, start it now to better protect them.”

Police believe Edwards, who was a newly sworn-in law enforcement officer in rural southwest Virginia, connected with the teen girl online by “catfishing” — pretending to be someone he’s not. Then he drove across the country to her home in Riverside, where he killed her mother and grandparents and set fire to the home, before driving off with the girl. His vehicle was later stopped in San Bernardino County, where he was killed in a shootout with local police. The girl was not harmed and is now in the care of child protective services, officials said.

The three family members killed were identified as Mark Winek, 69, a longtime baseball and softball coach at Arlington High School; his wife, Sharie Winek, 65, a devoted mother and grandmother; and their daughter, Brooke Winek, 38, a single mother of two teenage girls — including the girl manipulated by Edwards. They all lived together in the Riverside house.

The second daughter was not home at the time of the killings, police said.

“This horrific event started with an inappropriate online romance between a predator and a child,” Michelle Blandin said through tears Wednesday, the only surviving daughter of Mark and Sharie Winek. “He took an oath to protect, yet he failed to do so. Instead, he preyed on the most vulnerable.”

While Blandin said that Edwards tried to kidnap her niece, Riverside police officials said they are not yet describing the interaction as an abduction, as they are still combing through physical and digital evidence, trying to understand if she was coerced or threatened to get in Edwards’ car. However, Riverside police spokesperson Ryan Railsback said there is no indication the teen girl was involved in the killings or fire.