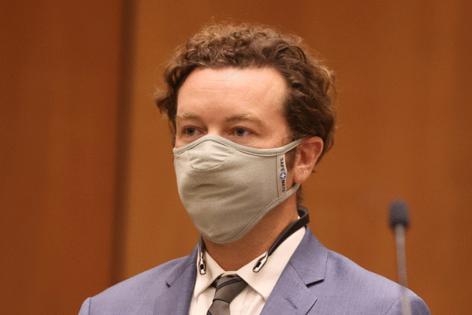 LOS ANGELES — The judge in Danny Masterson’s rape trial declared a mistrial Wednesday after jurors said they were unable to reach a decision on the actor’s innocence or guilt.

The jury deadlocked after hearing weeks of testimony from three women who accused Masterson of raping them and others who corroborated their accounts. In failing to reach a decision, the Los Angeles County Superior Court panel left unresolved the women’s claims that the actor, who is best-known for his role on the sitcom “That ‘70s Show,” violently assaulted them at his Hollywood Hills home in the early 2000s.

Prosecutors must now decide whether to retry Masterson.

Like Masterson, the three women were members of the Church of Scientology at the time of the alleged attacks, and prosecutors in the trial delved into the faith’s arcane rules for its followers. Two of the woman testified that they had delayed reporting Masterson, fearing that church officials would sanction them for doing so.

The women told jurors that Masterson had plied them with alcohol before assaulting them in the bathroom and bedroom of his Hollywood Hills home.

“He is very charming in front of people,” testified Christina B., who was Masterson’s girlfriend for six years.

But the charm could morph into violent rage when they were alone with him, the women said.

“And just his face — (I’d) never seen it look like that,” Jen B. testified of Masterson’s expression, describing the actor forcing himself on her in April 2003. “Oh, God. So scary.”

Jen B. and a third accuser, N. Trout, said Masterson had forced them into his backyard hot tub despite their pleas that he stop. Jen B. said he‘d displayed a gun during the assault and choked her into unconsciousness.

“I thought I was going to die,” she testified in October.