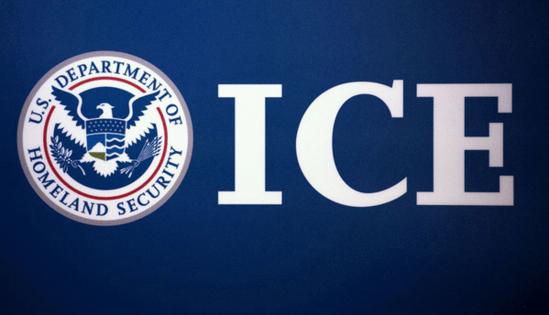 Immigration and Customs Enforcement accidentally posted the names, birth dates, nationalities and locations of more than 6,000 immigrants who claimed to be fleeing torture and persecution to its website this week.

The unprecedented data dump could expose the immigrants — all of whom are currently in ICE custody — to retaliation from the very individuals, gangs and governments they fled, attorneys for people who have sought protection in the U.S. said. The personal information of people seeking asylum and other protections is supposed to be kept confidential; a federal regulation generally forbids its disclosure without sign-off by top officials in the Department of Homeland Security.

The government will notify people who downloaded the information that they should delete it.

ICE officials are concerned about the posting of the data — which included information about migrants who sought to avoid deportation to countries such as Iran, Russia and China — and are focused on quickly fixing the issue, an agency official said.

The agency mistakenly posted the data, which included immigrants' names, case status, detention locations and other information, during a routine update of its website.

The immigrant advocacy group Human Rights First notified ICE officials about the data breach Monday and shortly after, the agency took steps to delete the data from its website. The file was contained on a page where ICE regularly publishes detention statistics.

The information was up for five hours and officials quickly worked to take it down after being notified it had been posted.

"Though unintentional, this release of information is a breach of policy and the agency is investigating the incident and taking all corrective actions necessary," an ICE spokesperson said in a statement.

The disclosure is "embarrassing" and potentially dangerous for those affected, another DHS official told the Los Angeles Times.

LOS ANGELES — He was a fourth-grade student from a poor, working-class family, whose siblings did not finish high school. She was a high-achieving 11th grader so turned off by school that she was about to ditch her ...Read More

The U.S. shot down an alleged Chinese surveillance balloon off the South Carolina coast on Saturday, capping days of waiting as it traversed the country and injected new tension into relations with China.

A FedEx Corp. widebody jet flew over the top of a Southwest Airlines Co. plane early Saturday in Texas after an air-traffic controller cleared the passenger plane to take off from the same runway that the cargo aircraft ...Read More

China said it’s strongly discontented with the U.S. downing of its balloon and reserves the right for any necessary reaction to the incident.

The use of force against the balloon, which China said is for civilian use ...Read More

He lived in the memories, Ring photos, artwork and news-media accounts off the “Hollywood Cat,” who for a decade prowled Los Angeles’ Griffith Park ...Read More

Southwest Airlines Co. will reduce by half the amount of experience prospective pilots must have flying jet or turboprop aircraft as it accelerates hiring this year.

Applicants will need to have 500 hours of “turbine ...Read More