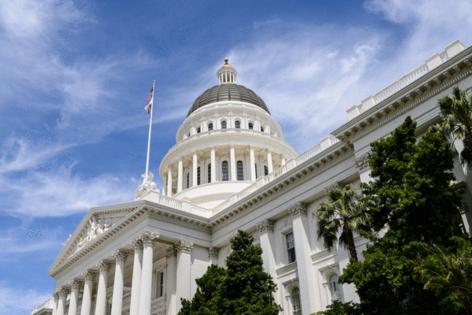 SACRAMENTO, Calif. — Four years after California began issuing nonbinary IDs, fewer than 16,000 people have asked the state for a little piece of plastic with their gender marked by an X rather than an F or M.

The California Department of Motor Vehicles released the number in response to a California Public Records Act request from The Sacramento Bee.

Seven people in their 80s also took advantage of the change in California law that allowed nonbinary state-issued cards.

All together, 15,904 Californians have a driver license or state ID identifying them as nonbinary.

In 2017, then-Gov. Jerry Brown signed the law, Senate Bill 179, that directed the DMV to offer off a third gender designation — nonbinary — in addition to male and female. That took effect in January 2019.

California’s driver license bill, authored by state Sens. Toni Atkins, D-San Diego, and Scott Wiener, D-San Francisco, was spearheaded by a nonbinary teenager, Star Hagen-Esquerra, and an intersex advocate, Sara Kelly Keenan. Keenan, who uses she/her pronouns, was the first person in California to get a court order to change her official gender to nonbinary.

Hagen-Esquerra told BuzzFeed News at the time, “My hope for this bill is that actually being nonbinary is a lot more normalized.” Hagen-Esquerra explained that once they had gotten a court order changing their official gender to nonbinary, they felt validated.

The law makes it easier for trans people to change their gender in state records: They no longer have to get a doctor’s approval to reflect a change to “male” or “female.”

Between July and December of 2018, when the more onerous Medical Certification and Authorization form was required to change one’s gender on DMV documents, 252 of those forms were submitted. The DMV said it did not have further data on the numbers of people who submitted that particular form.