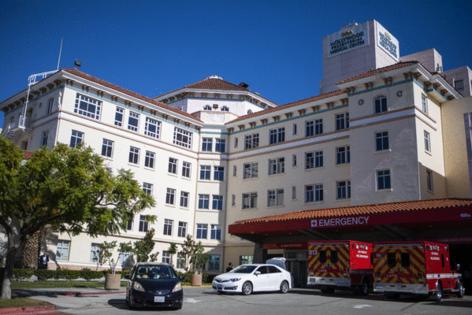 AB 1020, which went into effect in January, makes more people eligible for discounted care, increasing the income levels under which hospitals are supposed to offer it to uninsured patients or those facing high costs. And it also added a simple requirement: Hospitals must prominently post their financial assistance policies on their websites.

"You should not have to have an attorney to get what the hospitals are required to give by law," said Tracy Douglas, an attorney with Bet Tzedek who works on a medical-legal partnership team at Harbor-UCLA Medical Center. "That's what AB 1020 aimed to fix."

Yet more than nine months after the California law went into effect, some hospitals still had not put up their charity care policies in readily apparent spots on their websites, The Los Angeles Times found after reviewing websites for hospitals around the state. Several updated their pages or said they would do so after being contacted by The Times.

CHA Hollywood Presbyterian Medical Center, located in East Hollywood, said in October that it had a charity care policy as required by law, but "this policy is not on our public website." When The Times pointed out that state law requires it to be prominently posted online, a hospital spokesperson promptly shared the policy and said it would be posted within days.

Natividad, a public hospital in Salinas, had a brief mention on the billing section of its website that it provides financial assistance, including charity care, but did not have a link to its policy as of late October.

Its chief financial officer, Daniel Leon, said it had been working to revise its policy and expected to have it on their website within 45 days. Leon said that patients were nonetheless being made aware of charity care and payment discounts in multiple ways, "including handouts upon admission, lobby signage, website signage and patient handbook information."

And Zuckerberg San Francisco General Hospital has a section of its website that encourages patients to reach out to financial counselors, but did not have its charity care policy posted there as of late October.

When The Times asked where to locate it, a ZSFG spokesperson provided a link to where it was posted on the California Department of Health Care Access and Information website — another requirement under AB 1020 — but acknowledged it was not yet on the hospital website as of mid-October. It recently added a link to access the policy on that page.