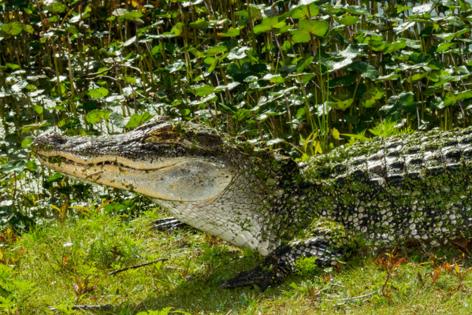 TAMPA, Fla. — The 6-foot alligator in a northern Hillsborough County backyard pond hadn’t bothered anyone. It wasn’t injured. But it was killed.

Phil Walters, a nuisance alligator trapper contracted with the Florida Fish and Wildlife Commission’s Statewide Nuisance Alligator Program, had been called after a mother whose child had been playing close to the pond in their backyard and reported the alligator was “lurking.”

A crowd of around 30 gathered when Walters tried to trap the alligator, he said. Some asked why he was there, saying that the alligator had been living in the pond for some time and had never been an issue.

“Are you trying to catch the gator?” Walters said someone in the crowd asked him.

“Why are you trying to catch it?” Walters remembers the person asking. “I like that gator.”

But the wildlife commission had issued a permit to trap the alligator when the mother called the Nuisance Alligator Hotline. The bar isn’t high to get a permit, alligator trappers say. Wildlife commission data shows that nearly 80% of alligator complaints result in permits being issued.

And as the state has seen a recent population boom since 2020, some Floridians worry that alligator newbies are calling the nuisance hotline unnecessarily. Some call the number just for seeing an alligator at a lake, according to Elise Bennett, Florida director for the Center for Biological Diversity.