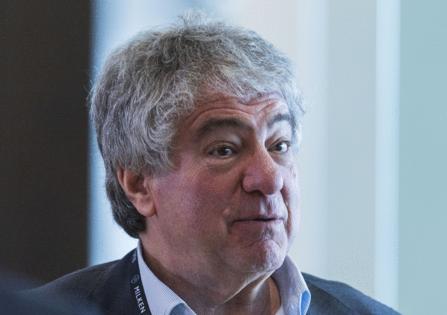 NEW YORK — A billionaire investor with ties to the late pedophile Jeffrey Epstein has been accused of raping a young mother at Epstein’s Upper East Side mansion under New York’s new Adult Survivor’s Act.

Epstein’s estate was also named as a defendant.

The alleged victim claimed that Leon Black, once one of the most powerful men on Wall Street, sexually assaulted her during a violent attack Epstein helped orchestrate in his opulent Manhattan home in 2002.

According to the lawsuit, the woman was raped in a third-floor secluded room at the mansion, where she had agreed to give Black a message in exchange for $300 upfront.

Although the plaintiff, Cheri Pierson, kept quiet about the alleged attack for nearly two decades, she filed the suit under a new law that creates a one-year window to bring civil cases alleging abuse and rape committed in New York State against people 18 years old or older.

The window opened Thursday and suspends the statute of limitations on most sexual assaults until Nov. 24, 2023.

“Thanks to the passage of the Adult Survivor’s Act, survivors of sexual violence like our client Ms. Pierson can seek the justice they deserve no matter how many years ago their trauma was suffered,” said the plaintiff’s attorney, Jeanne Christensen, a partner at Widgor, LLP.

“We look forward to holding Black and Epstein’s estate accountable for their appalling unlawful conduct as alleged in the complaint by our client.”

Epstein introduced Pierson to Black, the founder of Apollo Global Management, convincing her that the wealthy investor could help her with a business venture, the suit said. In the meantime, Epstein convinced her that a bikini-clad massage was a good way for her to earn some quick cash, the lawsuit added.

But the session quickly turned to something sinister after Black pinned her to the massage table and sexually assaulted her, according to the suit.