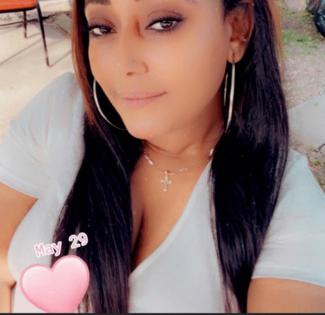 DEARBORN, Mich. — Police have identified one of the women involved in a Sunday shootout with police on the Detroit-Dearborn border and the human remains found in the back of the car, which has been linked to a Tennessee mother who was reported missing 10 days ago.

Eleni Kassa, a 31-year-old woman missing from Murfreesboro, Tennessee, was identified Monday evening by Michigan State Police on Twitter as the victim found in the trunk of a vehicle police were chasing Sunday. The deceased driver and suspect in the case was identified as Dominique Hardwick, 36, of Lebanon, Tennessee. Police did not identify the 34-year-old woman riding in the front passenger seat. She was detained and taken to a hospital to be treated for her injuries.

"Autopsy results for Hardwick are consistent with a self-inflicted gunshot wound," police wrote in the Twitter post. "The circumstances surrounding Eleni’s death have not been determined. Detectives are still interviewing witnesses, including the front seat passenger in the crash."

The incident occurred around 2 p.m. Sunday near the Dearborn-Detroit border. Dearborn police were chasing a 2020 black Dodge SRT that was reported out of Murfreesboro, Tennessee, to be involved in an endangered missing person's case.

The Murfreesboro Police Department in Tennessee earlier Monday said it was closely monitoring the situation as it related to Kassa, who was reported missing on Nov. 18.

The "Office of Public Information has not released nor confirmed any updated information regarding Murfreesboro missing person Eleni Kassa," said Murfreesboro Police Department Officer Larry Flowers. "Murfreesboro police detectives have been in touch with Michigan State Police, the lead investigating agency, and are awaiting the results of their investigation and including identities of parties involved."

Michigan State Police also said on Twitter that Dearborn officers saw the vehicle with a Tennessee plate and caught up to it on Forrer Street near Warren Avenue, where it stopped on the right shoulder.

As officers began to approach, the driver fled, MSP said.

The officers lost sight of the vehicle and ended their pursuit. While on eastbound Tireman Street near Normile, officers saw the car again, which appeared to have jumped a curb and crashed into a home.

"As officers approached the crash scene, there was an exchange of gunfire between the officers and the suspect," said MSP on Twitter, referring to the incident as "a officer involved shooting."

Dearborn Police declined to comment and deferred to MSP, which is leading the investigation.

Eleni Kassa, 31, was reported missing to the Murfreesboro Tennessee Police Department on Nov. 18.

Kassa's family told police that she failed to pick up her daughter from school and was last seen the morning of Nov. 17. According to a missing person's report, police said she could possibly be traveling in a black Dodge Charger.

On Nov. 21, detectives saw the tag of the Dodge Charger in Ohio.