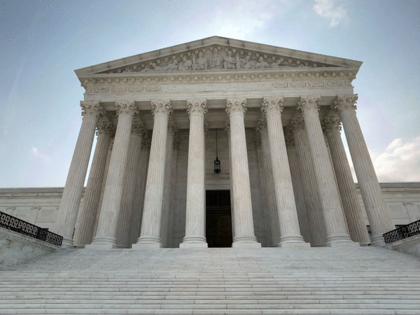 WASHINGTON — The Supreme Court will hear oral arguments Tuesday about the Biden administration’s immigration enforcement priorities, in a case that could bolster or curtail the power of states to challenge federal immigration policies.

The justices will consider litigation brought by Texas and Louisiana to stop implementation of a Department of Homeland Security memo from last year that instructs immigration agents to prioritize the arrests of immigrants who threaten national security or public safety, as well as migrants who recently crossed the border.

An eventual Supreme Court ruling on the legality of the immigration guidance could limit the government’s ability to set enforcement priorities, which “could be a blockbuster,” said Stephen Yale-Loehr, an immigration law professor at Cornell Law School.

But legal experts also say that how the justices rule on the more procedural issues in the case — whether states even have the right to file legal challenges over these kinds of immigration issues, or whether federal district court judges may strike down such policies — could carry sweeping implications for how immigration rules may be contested in court.

A decision on those issues holds particular salience at a time when Republican state officials have emerged as frequent court opponents of the Biden administration on immigration, a policy area that has historically resided under federal purview.

“In the immigration context, courts have traditionally deferred to the executive branch because immigration touches on sovereignty and foreign relations,” Yale-Loehr said.

But if the high court greenlights the state lawsuit against the administration’s immigration enforcement priorities, “it means that the federal government is no longer getting the benefit of the doubt” in this context, Yale-Loehr said.

The Supreme Court case centers on a ruling from Judge Drew Tipton of the U.S. District Court for the Southern District of Texas, a Trump appointee, which found that the DHS enforcement guidance “flatly contradicts” a pair of immigration laws that mandate detention of certain categories of immigrants.