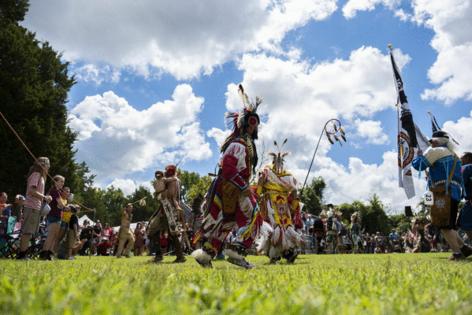 VIRGINIA BEACH, Va. — For the first time in centuries, the Nansemond Indian Nation owns a portion of the land where their ancestors once thrived.

“It is really history-making,” said Chief Keith Anderson. “This is the first land that we’ve received clear title and deed.”

Instead, this is Cross Swamp, a nearby parcel of more than 500 acres of wetlands turned over by Ducks Unlimited, a nonprofit dedicated to conserving waterfowl habitats. The land is protected by a conservation easement and cannot be developed.

This has been an ecstatic homecoming for the Nansemonds, Anderson said — not just to finally hold stewardship of a portion of their ancestral lands, but to be recognized as equals who deserve a seat at the table.

“We were just treated as human beings, and that was such a relief from some experiences our leadership and citizens have had in the past,” Anderson said. “It was not a situation of feeling that we needed to concede and beg for any of this land.”

The Nansemonds received the land back from a group that had owned it since the 1960s and used it for hunting. As the landowners aged, they wanted to sell the land to someone who would protect it, which is how Ducks Unlimited got involved.

Once an Algonquin-speaking people, the Nansemond Indians have lived in what is now Hampton Roads for thousands of years. But their existence was nearly erased — first by English colonization and then by bureaucracy.

The Racial Integrity Act of 1924 permitted only two designations on birth certificates in Virginia: white or colored. For most of the 20th century, according to the law, Virginia Indians didn’t exist.

Walter Plecker, the state registrar of vital statistics at the time, enforced the law obsessively and retroactively changed many birth certificates. He once admitted in a private letter that he had “been doing a good deal of bluffing, knowing all the while that it could never be legally sustained.” In 1943, Plecker sent a list of common tribal surnames to officials throughout the state, instructing that people with those names be classified as “Negro.”