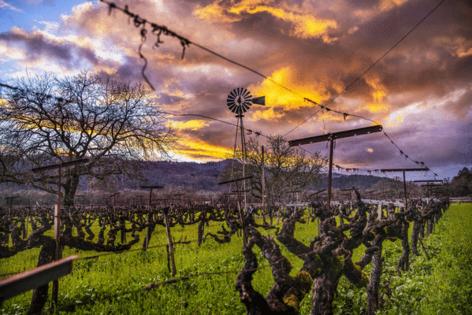 Invasive species and decades of disruptions from massive land and water developments are partly responsible for a continuous decline in native California species, experts told the California Water Commission on Nov. 16. Also, rural communities, many of whom are lower income and rely on privately owned wells, are disproportionately contending with water contamination and scarcity amid recurring cycles of drought, experts said.

Although droughts in California date back to prehistoric times, the state's modern-day water issues are the repercussions of decades of decisions, said Jay Lund, professor of civil and environmental engineering at the University of California, Davis.

"A lot of our environmental problems today are really legacies," he said. We are witnessing "the dynamics of past impacts and past changes playing themselves out and our inability — both in terms of regulatory policy and economically, and practically in some cases with some invasive species — to manage that playing out of legacy impacts."

Groundwater and the Sacramento-San Joaquin River Delta are also among the sectors most vulnerable to dry periods, according to Lund, who emphasized that although cities and agriculture are relatively prepared and well-insulated from drought impacts, irrigated agriculture needs to shrink between half a million to 2 million acres to be sustainable.

About 5.5 million of California's nearly 40 million residents live in rural counties, which comprise more than half of the state's land mass. While urban areas like Los Angeles are under mandatory drought restrictions to reduce strain on state reservoirs, many rural residents reliant on groundwater wells are waterless. Compounding the issue is water affordability and a lack of safe drinking water, particularly in the Central Valley and Central Coast.

"We know that these challenges disproportionately impact low-income and Latino communities," said Justine Massey, policy manager and attorney for the Community Water Center. "People relying on private wells in particular are significantly impacted because often they don't know if their water is safe to drink since there's no other entity doing water testing, and they're also not aware until they start experiencing issues with pumping that they may be nearing water levels that will render their well not working."

While state legislation like the Sustainable Groundwater Management Act are meant to regulate water availability and will help mitigate water scarcity in an increasingly arid California, thousands of people and delicate ecosystems will fall through the cracks.

A 2020 study commissioned by the Water Foundation found that under SGMA's minimum water threshold plans, between 4,000 and 12,000 wells will partially or completely dry out by 2040 just in the San Joaquin Valley — affecting roughly 46,000 to 127,000 Californians who may lose access to their current water supply.