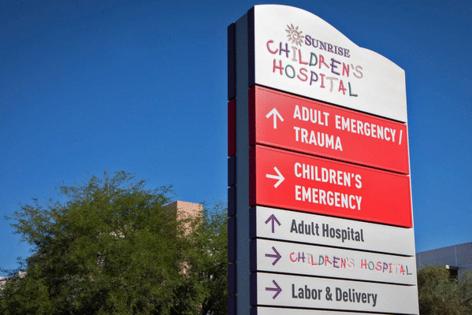 Cases of once-rare “superbug” Candida auris have climbed to 600 in Southern Nevada, with more than one-third identified at just two hospitals.

Sunrise Hospital and Medical Center, the largest general acute-care hospital in the state, has reported 122 cases of the drug-resistant fungus, the most of any hospital or skilled nursing facility. The first pediatric cluster of C. auris cases in the U.S. was identified at the Las Vegas hospital in May.

C. auris can cause bloodstream infections and even death, particularly in hospital and nursing home patients with serious medical problems. More than one in three patients die after developing an invasive infection, such as one affecting the blood, heart or brain, according to the Centers for Disease Control and Prevention.

As of Nov. 18, 63 deaths had been reported in patients with C. auris, state health officials said. The first cases ever identified in Nevada were reported in August of last year.

Rounding out the five facilities reporting the most cases are Horizon Specialty Hospital of Henderson with 59 cases, Valley Hospital Medical Center with 38, and Silver Ridge Health Center with 32, according to Nevada Department of Health and Human Services data.

A higher number of cases at a facility “doesn’t always mean there’s a problem with infection control,” said Kimisha Causey with the Nevada State Healthcare Associated Infection Program. The facility reporting a case may not be the place where the patient acquired it, she said, noting that patients transfer among facilities.

She acknowledged about higher case numbers, however, “From a consumer standpoint, to me it would be concerning.”

Hospitals said some of the cases they are reporting are those they identify through screening patients upon admission.