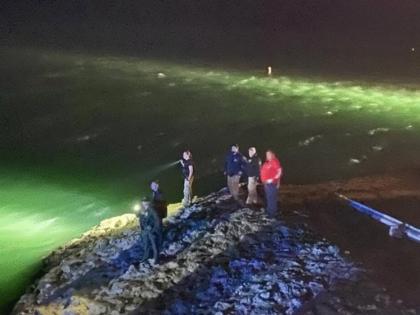 The body of a man was found Thursday near where a group of Haitian migrants landed in the Florida Keys Monday, a Florida Fish and Wildlife Conservation Commission spokesman said.

The body, found 150 yards offshore at mile marker 81, was clad in gym shorts and a shirt. Without identification, there was no immediate official confirmation that the man was on the boat of Haitian migrants that grounded on a sandbar off Windley Key in Islamorada.

On Monday, a boat of Haitian migrants ran into the U.S. Coast Guard about 20 miles off Rodriguez Key. While the Coast Guard loaded about 100 people onto its boat, the Haitians’ vessel carried on until it grounded. Those still on the boat jumped into the water. Coast Guard, FWC, Monroe County Sheriff’s Office and the U.S. Border Patrol found 18 men.