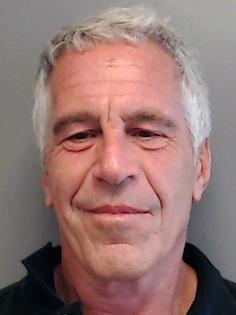 Jeffrey Epstein victims sued JP Morgan Chase and Deutsche Bank on Thursday under a new New York law that lifts the statute of limitations for sex abuse and assault lawsuits.

The behemoth financial companies were accused in a pair of Manhattan Federal Court lawsuits of directly enabling sex predator Epstein’s crimes in a lawsuit brought by anonymous victims.

The suits were brought under New York’s Adult Survivor Act, which lifts the usual statute of limitations for sex abuse and sex assault lawsuits for a one-year period that began Thursday.

In the JP Morgan suit, an anonymous Jane Doe — identified as a ballet dancer recruited to Epstein’s ring by another young woman — accuses the banking business of being the “essential ingredient” in Epstein’s child sex trafficking ring.

The suit describes top JP Morgan execs of long being “willing to turn a blind eye to Epstein’s blatantly illegal operation” for years while he trafficked countless teenage girls as young as 14.

“With JP Morgan’s complicity, Epstein was free to sexually abuse hundreds of women, paying millions in hush money, without the fear of detection by law enforcement. Epstein used the support from a reputable institution — JP Morgan — to help cover up his criminal activity,” reads the lawsuit.

“JP Morgan cared about one thing — profit — and showed absolute loyalty to Epstein, including a willingness to violate banking laws and ignore multiple red flags of criminality to enable Epstein to fulfill his abusive sexual appetite at the expense of countless vulnerable young women.”

The suit accuses James “Jes” Staley, who ran JP Morgan’s private banking division in 2000, of being “the key to making all of Epstein’s depraved dreams of sexual abuse and sex trafficking of countless young women possible.”

Before meeting Staley, Epstein relied on retail billionaire Les Wexner to fund his ventures, according to the lawsuit. Staley crucially provided Epstein with “a complicit financial banking institution that would ignore red flags.”