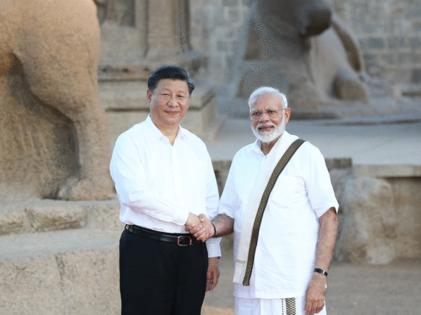 When Chinese President Xi Jinping and his Indonesian counterpart Joko Widodo sat together last week to watch a trial run of a new China-backed high-speed railway, it was a clear sign of their expanding economic involvement. “Begin,” was the command they gave, as the train pulled out of a Bandung station.

Projects like this are key to Beijing’s strategy to compete with the U.S. for clout in Southeast Asia, as it looks to cement its position in a region that counts China as its biggest trading partner. Two-way trade grew 13.8% year-on-year in the first 10 months of 2022, reaching $798.4 billion. The raft of new infrastructure and trade deals signed at a series of summits over the last two weeks, shows China only seeks to enhance this further.

Here’s what was agreed:

Xi and Jokowi, as the Indonesian president is known, signed agreements on the sidelines of the Group of 20 in Bali, bolstering digital economy cooperation and increasing bilateral trade. China also pledged to encourage companies to support the development of Indonesia’s $34 billion new capital in Borneo, as well as an industrial park on the island.

Jokowi, who referred to Xi as “big brother” when the two met, has turned to Beijing to fuel his ambitious infrastructure projects before his final term in office expires in 2024. China has been Indonesia’s largest trade partner for the past decade, with foreign investment doubling to $3.63 billion in the first half of this year, according to Indonesian government data.

The two countries also signed a $1.6 billion deal to build an expressway from the Cambodian capital to the Vietnamese border. China has invested heavily in the country, including upgrades to the Ream Naval Base along Cambodia’s southwestern coast. That’s raised concerns in the US, including from President Joe Biden, over possible activities by China’s military there.

China is by far Cambodia’s largest trading partner, and accounted for 43% of the nearly $3 billion in investment it approved in the first half of this year, Xinhua reported.