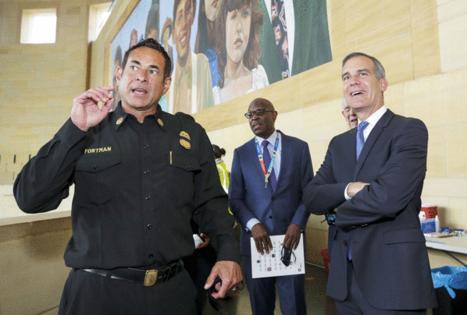 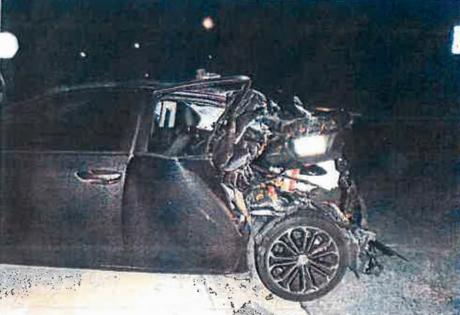 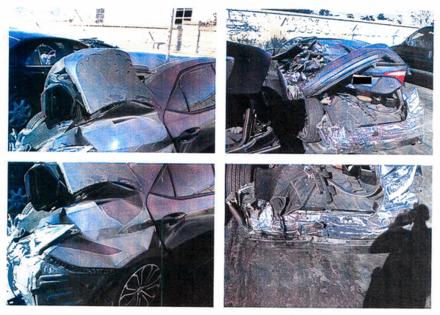 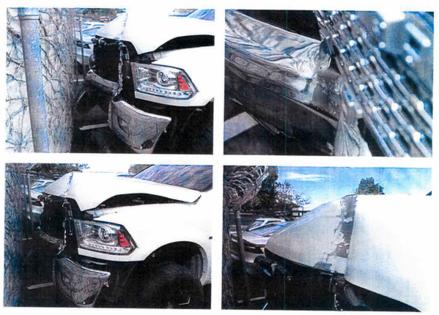 LOS ANGELES — Late on a Sunday night, Ellsworth Fortman, an assistant chief for the Los Angeles Fire Department, walked out of Marci's Sports Bar and Grill in Santa Clarita and climbed into his Dodge Ram pickup truck for the drive home.

Fortman had traveled less than a mile when he slammed into a parked Toyota Corolla, propelling it 160 feet into a parked Mercedes-Benz. Fortman's truck careened into a curb and toppled a streetlamp, sending live electrical wires onto the pavement. He then backed up and barreled off.

The events of that January 2020 night — documented in LAFD and law enforcement reports — led the district attorney's office to charge Fortman with misdemeanor hit-and-run and driving without a valid license. An internal inquiry concluded that he was under the influence of alcohol at the time of the crash, failed to ensure no one was injured before fleeing and put the public in danger from the fallen electrical lines, a Los Angeles Times investigation has found.

The inquiry recommended that Fortman face a Board of Rights hearing, a proceeding that could result in a lengthy suspension or termination, previously undisclosed LAFD records show.

But no discipline was imposed.

Instead, the department gave Fortman a lucrative assignment as a manager of Mayor Eric Garcetti's COVID-19 testing and vaccination program. Over a period of two years, he made $354,000 in overtime in addition to his annual salary of $221,500.

The LAFD did not begin to schedule a Board of Rights hearing for him until March of this year, which was after The Times began inquiring about the matter. By then, more than two years had passed since the crash.

Critics inside and outside the department say the Fortman case is a stark illustration of a long-standing LAFD pattern of moving slowly to discipline members of all ranks and applying less stringent punishment to chief officers than to other employees, particularly nonwhite and female firefighters.

Discipline of any kind in the department is uncommon, and severe discipline more so, including for offenses such as domestic violence and resisting and battering a police officer. In 2020 and 2021, a combined 1,450 complaints of misconduct were filed against LAFD employees, according to the agency. Just 62 employees received any type of punishment during that period, department records show. Because the department's records are opaque, it is unclear how many of the disciplined employees were accused of wrongdoing in 2020 and 2021 rather than in earlier years.

A recent report by the LAFD's Office of the Independent Assessor showed that no punishment was imposed in more than 90% of the roughly 1,900 disciplinary cases that were closed last year and from 2017 through 2019, combined. The report said figures for 2020 were not compiled because of the office's heavy workload that year.