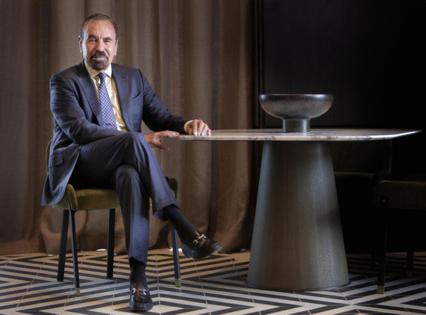 As the child of Cuban parents growing up in the 1950s, Jorge Perez found refuge from the island’s political upheaval in Bogota. Decades later, as a billionaire developer, Perez is courting Colombians who fear their own country’s leftist shift.

The 72-year-old founder of Miami-based Related Group said Colombians have been moving their money into South Florida real estate since Gustavo Petro rode a tax-the-rich campaign to the presidency this year.

Perez was in the country last week hosting dinners and events with potential buyers looking for homes that serve both as international investments and places to land in case they decide to flee the country. His company, which has sold more than 100,000 luxury condo units in South Florida, is marketing multi-million dollar apartments in projects such as the St. Regis, a 48-story twin tower in south Brickell with sweeping ocean views.

At some of its less pricey projects — 600- to 800-square-foot condos that sell for around $500,000 — Colombians make up as much as 45% of buyers, reflecting a marked increase from a year ago, according to the company. To cater to them, Perez is trying to convince owners of Bogota restaurants, such as Andres Carne de Res, a hip spot that’s part barbecue joint and part night club, to open businesses in his buildings.

He was leery of publicly engaging in the “Petro is the next Hugo Chavez” chatter that is so common in well-to-do circles in Colombia, one of the most unequal countries in the world. But Perez traces a direct line between the policy goals of the new president and the spike in demand he’s seeing.

“Whether it’s reality or perception, you are going to have a movement of capital searching for more secure environments,” he said in an interview at the Four Seasons in Bogota. “And we’re seeing it in Colombia now with the change of government.”

Perez was born in Argentina, where his parents had landed after leaving Cuba. The family eventually moved to Colombia. Perez spent a decade there before heading to the U.S., where he studied urban planning at the University of Michigan. He did a stint working on economic development for the city of Miami before founding the Related Group in 1979.

The closely held company has built and sold over 17 million square feet and $50 billion worth of real estate, expanding in recent years into Latin America, with $1 billion-plus projects underway in Mexico and Brazil. Multinationals have repeatedly sought to buy a stake in the business, Perez says, but he has no interest in selling off even a portion of it.

Instead, he is ceding day-to-day operations to his two sons so he can focus more on art, philanthropy and travel. He will still be making decisions on large investments. “You don’t just throw away 45 years of experience,” he said.

Miami has long served as a first stop for Latin Americans and their money following the rise of left-wing leaders, most notably the Cubans who fled the island. Now, a series of post-pandemic victories by progressive politicians promising to better distribute wealth — first Peru, then Chile and Colombia and perhaps Brazil, too — has unleashed a new wave of interest. And Perez, known as the condo king of Miami, is on the front line.

About half of Related’s buyers come from Latin America, he said. They are competing with an influx of residents from big American cities like Chicago and New York, following the relocation of corporations to South Florida. This too represents something of an exodus from high-taxation areas, leaving blue states for red states.

Petro has spooked wealthy Colombians since winning office in June with plans to overhaul health, pension and tax policy in a country that had been reliably conservative and pro-business for decades. His tax proposal, if approved by congress, would more than double the amount wealthy residents pay.

The peso has lost 13% of its value against the U.S. dollar since the election, the most in emerging markets behind Argentina. Colombian stocks are the worst performers, when measured in dollars, among the 92 major indexes tracked by Bloomberg over that time.

And Colombians are spending so much time hunting online for Florida homes that when the Miami Association of Realtors broke down search data by foreign country, Colombia ranked first in each of the past six months.

“It’s money seeking security,” Perez said, “and a place to live, should the need arise.”