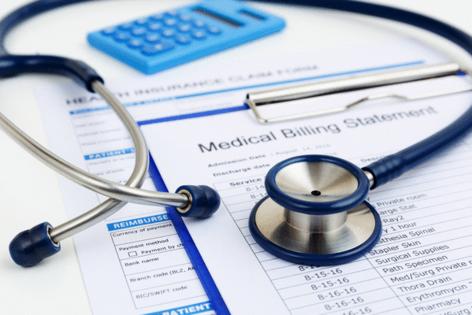 When Sara Laub’s period was late, the New York City resident shrugged it off. She’d used an intrauterine device, or IUD, for three years and knew her odds of getting pregnant were extremely slim. But after 10 days had passed, Laub, 28, took a home test in early July and got unwelcome news: She was pregnant.

Laub went to a Planned Parenthood clinic because she knew someone could see her immediately there. An ultrasound found no sign of a developing embryo in her uterus. That pointed to the possibility that Laub might have an ectopic pregnancy, in which a fertilized egg implants somewhere outside the uterus, usually in a fallopian tube.

Such pregnancies are rare, occurring roughly 2% of the time, but they are extremely dangerous because a growing embryo might rupture the tiny tube, causing massive and potentially life-threatening internal bleeding. Laub was experiencing no pain, bleeding or other obvious symptoms of trouble. Still, a Planned Parenthood staffer recommended that she go to a hospital emergency department right away.

Laub didn’t realize it, but she was embarking on a lengthy — and very expensive — treatment to end the pregnancy. Even in a state that strongly supports a person’s right to make her own choices regarding pregnancy — New York legalized abortion in 1970, three years before Roe v. Wade made it legal nationwide — Laub’s experience shows the process can be arduous.

An ectopic pregnancy in the fallopian tube is never viable. But following the June reversal of Roe by the Supreme Court, reproductive health experts say treatment may be dangerously delayed as some states move to limit abortion services.

Some of those consequences are already being noted in Texas, where strict abortion limits were instituted last fall before the Supreme Court’s decision. Since abortion is now allowed in Texas only in medical emergencies, doctors might wait to perform abortions until pregnant patients are facing life-threatening complications in order to comply with the law.

“In Texas, we saw people not treating ectopic pregnancies until they ruptured,” said Dr. Kristyn Brandi, an obstetrician-gynecologist in Montclair, New Jersey, who is board chair of Physicians for Reproductive Health, which supports abortion rights.

The 2021 Texas law banned most abortions at about six weeks of pregnancy. University of Texas-Austin researchers interviewed doctors about the impact of the law on maternal and fetal care. A specialist at one unnamed hospital said the facility no longer offers treatment for certain ectopic pregnancies.

About half of states have enacted restrictions on abortion or are trying to do so.

Laub, who is being identified by her middle and last name because of her concerns about privacy, said she couldn’t help thinking about the recent Supreme Court decision as she went through diagnosis and treatment.