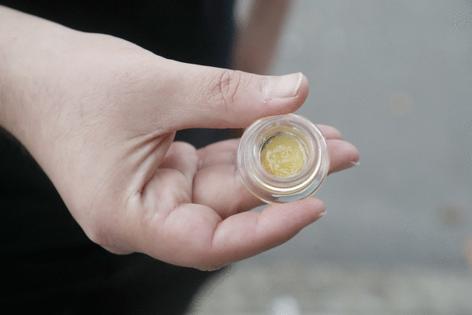 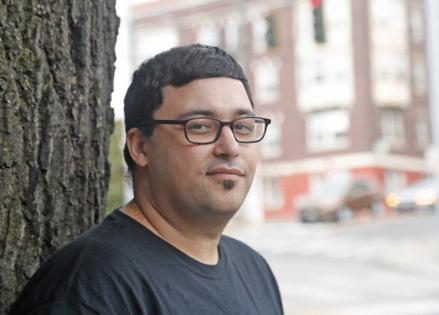 Her screen displays a yellow goo, similar in appearance to raw honey, or as the product's marketing calls it, "Cake Batter."

The substance is a highly concentrated form of cannabis called a dab, which is produced by extracting the psychoactive compound THC from cannabis plants. It's usually vaporized and inhaled using a device that looks similar to a bong, but often involves a blow torch.

But the product's THC concentration is "relatively low" in the vast and legal world of highly potent products, or dabs, says Carlini, acting associate professor at the Addictions, Drug and Alcohol Institute at the University of Washington School of Medicine. While a typical cannabis flower averages around 20% THC, some dabs sold in Washington contain as much as 90%.

Such products are setting off alarm bells for physicians and a group of research scientists in the Pacific Northwest, who see the wide availability of dabs and other highly concentrated substances as a quiet but growing threat to public health, especially among young adults and teenagers. Lawmakers are considering new regulations, like a THC cap or higher tax on potent products. However, retailers and suppliers point out that these products are already illegal for those under 21. And they warn that bans or increasing taxes on certain products could spur the growth of an illegal market that would be significantly more difficult to monitor and control.

When cannabis was legalized for recreational use in Washington beginning in 2014, extracted cannabis, which includes concentrates, made up about 9% of the market. Concentrates now make up 35%, according to 2020 data from the Washington State Liquor and Cannabis Board.

"This is a case of product development trumping science and trumping policy," Carlini said. "Nobody was aware we were legalizing this."

Industry leaders dispute this, and say that a variety of products — including more potent ones — are part of the natural evolution of a market.

"Those products were envisioned," said Burl Bryson, executive director at the Seattle-based nonprofit The Cannabis Alliance. "In a mature market you're going to see an increased use of concentrates over flower."