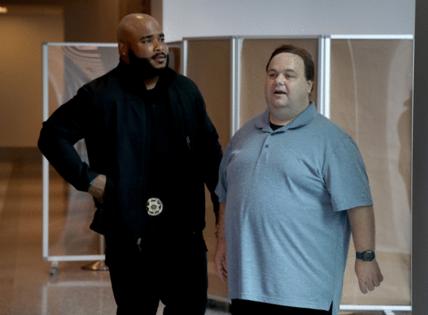 FORT LAUDERDALE, Fla. — The two men who offered a home, a job and a life far from South Florida to the brother of the Marjory Stoneman Douglas High School shooter were arrested in Virginia on Wednesday, charged with exploiting the young man while pretending to help him.

In a telephone interview after their release, Donovan said he knows sparse details, but he believes he and Moore, his spouse, are accused of taking advantage of Zachary Cruz, 22, whose brother, Nikolas, shot and killed 17 people at Stoneman Douglas on Feb. 14, 2018.

Donovan and Moore swooped into Broward County in the spring of 2018 after Zachary Cruz was arrested for trespassing on the Parkland school’s property shortly after the mass shooting. They offered to care for him and get him away from Broward County and the shadow of his notorious brother.

Zachary Cruz has been living in Virginia with Donovan and Moore ever since.

The Cruz brothers lost their mother, Lynda, on Nov. 1, 2017. According to court records, each stood to inherit about $428,000 from her estate, but it’s not clear, at least publicly, how much of that money each received. Donovan said Zachary Cruz has spent the money and now lives on a weekly stipend while he works toward his GED and pursues his dream of opening a skate park.

Donovan said the indictment charges him and Moore with exploiting a mentally incapacitated person and obtaining money by false pretenses. A page of the indictment shared with the South Florida Sun Sentinel by Zachary Cruz’s attorney names Cruz as the victim of financial exploitation. Donovan said Zachary Cruz does not suffer from an intellectual disability.

“I want to point that out that first of all, I didn’t exploit Zach, and secondly, Zach isn’t mentally incapacitated,” he said in an interview with the Sun Sentinel.

At 8 a.m. Wednesday, he said, police banged on the door of the house, then rushed in to arrest the couple and execute a search warrant. Donovan said police pointed a gun at Zachary Cruz and handcuffed him, sitting him outside on the cul-de-sac for four hours.

“Zach is this incredible young man and he really should be broken, and he’s not,” Donovan said. “It’s like, why are you continuing to try to break this guy? His brother is a madman, but Jesus Christ, he’s his own person. He doesn’t deserve this.”