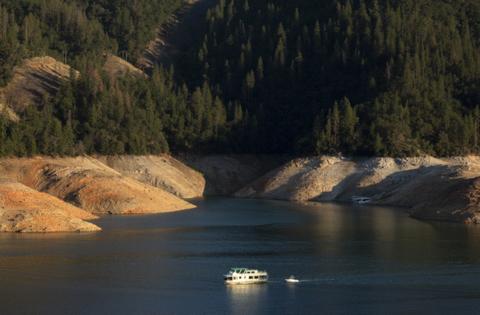 The news came just days after the state began its new water year, which runs from Oct. 1 to Sept. 30. The 2022 water year was marked by dramatic swings between wet and dry conditions and a record-shattering heat wave at the start of September.

With long-range forecasts suggesting that warmer- and drier-than-average conditions will persist, uncertainty remains about what the new water year may bring, even as residents continue to conserve at a commendable pace.

"This is our new climate reality, and we must adapt," Department of Water Resources Director Karla Nemeth said in a statement. "As California transitions to a hotter, drier future, our extreme swings from wet and dry conditions will continue. We are preparing now for continued extreme drought and working with our federal, state, local and academic partners to plan for a future where we see less overall precipitation and more rain than snow."

The 2022 water year ended with statewide precipitation at 76% of average and statewide reservoir storage at 69% of average, officials said. The reservoir levels are slightly better than last year but still far below normal, as nearly 95% of California remains in extreme, exceptional or severe drought, the three worst categories under the U.S. Drought Monitor.

But historical patterns are increasingly disrupted by human-caused climate change, meaning additional challenges are "getting folded into managing water," State Climatologist Michael Anderson told the State Water Resources Control Board during a meeting Monday. The 2022 water year began with a notably wet and snowy October through December and was followed by the driest January through March in more than 100 years.

It was a pattern not unlike the previous drought, Anderson said, in which a soggy November and December gave way to one of the state's driest stretches on record beginning in 2013.

"This year, we outdid that — a decade later, drier and warmer than 2013," he said. "And that is something else we expect to see: These things we thought would be once in a lifetime, once in a career, are now going to be episodic and may in some instances become commonplace, which will truly be challenging."

Anderson said the current three-year period is the driest since records began in 1896. What's more, a stubborn La Niña climate pattern in the tropical Pacific is expected to stick around for a rare third year this fall and winter, he said. La Niña can tip the scales toward dryness, especially in Southern California, but that's not a guarantee, and much depends on where the system's high pressure manifests.