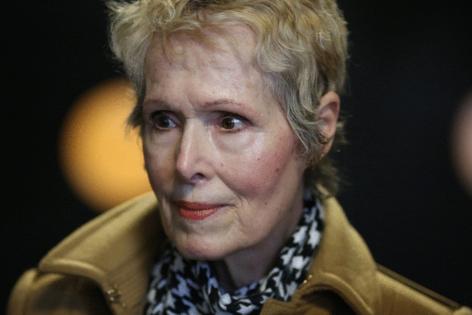 NEW YORK — Donald Trump asked a judge to put a defamation lawsuit by New York columnist E. Jean Carroll on hold — and delay his deposition — after a federal appeals court issued a preliminary ruling that could derail the case.

Trump last week won part of his appeal over whether Carroll’s suit is barred by a statute that broadly protects government workers from lawsuits related to their job duties. The federal appeals court in New York agreed with him that presidents qualify as employees under the law but asked the District of Columbia’s highest local court to determine whether his remarks about Carroll were an official duty.

On Monday, Trump’s lawyer Alina Habba said in a letter to the lower-court judge that Carroll “has failed to present any tenable argument as to why this case should proceed” before addressing the question about his allegedly defamatory remarks.

Carroll, who alleges the former president raped her two decades ago and then defamed her by denying it in 2019, wants to press ahead with several depositions — including Trump’s — while the appeal continues. She’s also seeking to get a DNA sample from Trump, who has denied attacking her.

Carroll’s lawyer Roberta Kaplan said in a separate letter to the court that the case should proceed through the discovery process because her client has already handed over more than 30,000 pages of records sought by Trump, while the former president has handed over “just eight.”

Habba called that argument “asinine and manifestly false” and said her request to put the case on hold is “extremely time-sensitive as the parties have numerous depositions scheduled over the next two weeks,” without saying who was set to testify.

Carroll claims Trump assaulted her in a department store dressing room in the 1990s, an allegation he has denied. She signaled in a recent filing in the lower court that she is planning to sue him under New York’s Adult Survivors Act, which goes into effect in November.