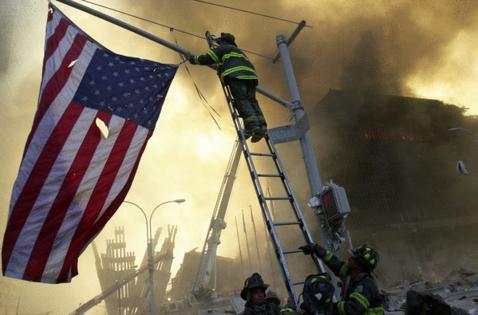 NEW YORK — It’s a milestone no one wants to mark: Within the next year, the number of FDNY members who have died from a 9/11-related illnesses is expected to surpass the number of firefighters and Emergency Medical Technicians who died in the terror attack, FDNY and union officials said.

As of Friday, 306 active and retired FDNY members — including firefighters and EMS members — have died of 9/11-related illnesses.

It’s only a matter of time before the count of heroes felled by 9/11 illnesses will exceed the 343 firefighters and other FDNY workers who died on 9/11, say people who monitor the situation.

“It may be in the next six months,” said James McCarthy, president of the FDNY-Uniformed Fire Officers Association. “We have thousands of people who have been diagnosed with a 9/11 illness or cancer. Everyone has something, and that’s part of the problem.”

A week earlier, three firefighters, including retired FDNY Battalion Chief Joseph McKie, died from their exposure to the toxic soup that hung over Ground Zero for weeks of rescue and recovery operations.

“There’s been a significant number of deaths in the last couple of weeks,” McCarthy said. “We’ve been to eight World Trade Center funerals since the end of August.”

“All those years ago when we first started talking about World Trade Center illnesses, we said that between 10 and 20 years (after Sept. 11, 2001) we would see a spike in some of the cancers because it takes that much time to manifest,” added McCarthy, who attended the FDNY fire academy with McKie. “Here we are 21 years later and it’s happening.”

The FDNY estimates that 11,000 active and retired FDNY and EMS members have at least one certified World Trade Center-related illness, including cancers and respiratory and gastrointestinal issues.

“Twenty-one years ago, we lost 343 members of our FDNY family. That was not the end of September 11th’s impact on our Department,” Acting FDNY Commissioner Laura Kavanagh said. “The attacks continue to rob our department of members each and every year.”