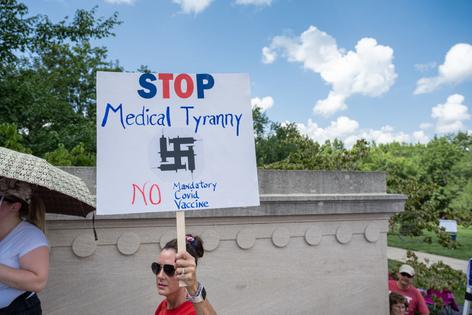 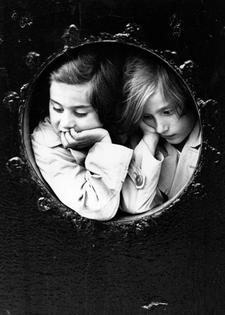 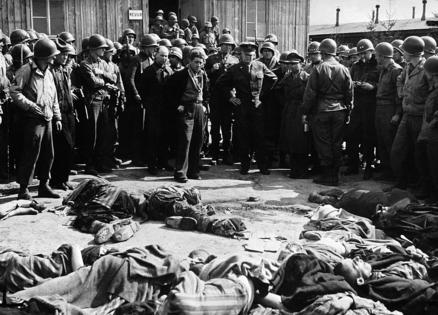 Robert Keith Packer, a 57-year-old Virginian, achieved a measure of infamy at the Jan. 6 Capitol riot when he was photographed wearing a sweatshirt emblazoned with a skull and crossbones along with the words “Camp Auschwitz.” “Work Brings Freedom,” the front said, a translation of the notorious motto “Arbeit macht frei” that appeared on the gates of Auschwitz and several other Nazi concentration camps. On the back was the word “Staff.”

Packer was sentenced to 75 days in prison on Sept. 16, 2022, for his role in the riot – he was tried for his actions, not his clothing. But his sweatshirt was far from the only Holocaust reference on Jan. 6 or in its aftermath.

Rioters have compared their arrests to the persecution of Jews, and commentator Candace Owens compared Jan. 6 to the Reichstag fire, which Adolf Hitler used as pretext to consolidate power in 1933.

It is a reminder of something that is all too apparent to scholars of the Holocaust, like myself: Americans are willing to trivialize the genocide by turning it into a tool for their own political goals.

As a historian who has written about the American role in liberating concentration camps at the end of World War II, I have spent a great deal of time thinking about how Americans have – and have not – talked about the Holocaust in the decades since. There is little evidence that outright denial of the Holocaust is widespread. Instead, the problem is a poor understanding of the tragedy, including this country’s response – the focus of a remarkable documentary series, “The U.S. and the Holocaust,” which recently premiered on PBS.

The contemporary American story of the Holocaust focuses on the U.S. role in helping to bring the Nazi regime of terror to an end. A more nuanced understanding of America’s reaction is less comforting.

The PBS series, produced by acclaimed filmmakers Ken Burns, Lynn Novick and Sarah Botstein, traces what Americans knew about the vast and murderous campaign against civilians in Nazi-occupied Europe in the 1930s, as a flood of Jewish refugees attempted to flee Hitler’s Germany.

The U.S. did not enter the war to stop Nazi persecution of Europe’s Jews. In fact, a majority of Americans opposed entering the war at all until 1940, a year before the Pearl Harbor attack brought the U.S. into the conflict.

Many Americans had no interest in protecting the rights of religious or ethnic minorities at home or abroad. Antisemitism and anti-foreign prejudice was a core element of American society in the early 20th century, just as white supremacy was. These forms of hatred and exclusion drew from the same well of supposedly “scientific” beliefs about racial hierarchy.

While the U.S. allowed almost 125,000 Jewish refugees to enter the country during the years between Hitler’s rise to power and the start of the war, many more were denied entry or left in limbo.