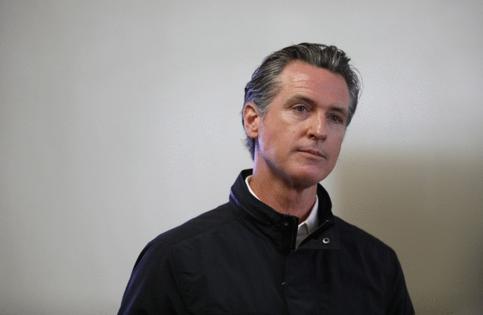 SACRAMENTO, Calif. — California Gov. Gavin Newsom spent the past week working through a stack of hundreds of bills, signing significant legislation on everything from housing to abortion rights. But he also vetoed more bills than he had in the last two years combined while sending a particular message: Now is no time for California to go on a spending spree.

With inflation, war in Europe and higher interest rates pounding the stock market, many of Newsom’s veto messages contained a refrain about the uncertain future finances of a state that has enjoyed record budget surpluses in recent years: “With our state facing lower-than-expected revenues over the first few months of this fiscal year, it is important to remain disciplined when it comes to spending.”

As Newsom wraps up his first term as governor, political observers say he’s learned from others’ experience of California’s boom and bust economic cycles.

“Gavin Newsom is clearly a progressive who’s worrying a lot about a recession,” said political analyst Dan Schnur. “He knows from watching his predecessors that there’s no better way to destroy a governor than budget deficits.”

Among the legislation Newsom tackled before Friday’s midnight deadline were bills to crack down on retail thefts, increase family and disability leave, support the state’s hiring of people with disabilities and make it harder to recall elected officials. Newsom’s track record on bill signings this year comes with the added scrutiny of not only his re-election bid in November, but also increasing signs that he is a potential presidential contender. That has raised speculation his actions on bills are tailored to his White House aspirations.

The governor’s office said Saturday that Newsom vetoed 169 of the 1,166 bills sent to his desk and signed the rest.

According to the governor’s office and a comprehensive October 2020 veto survey by the California Senate Office of Research, Newsom vetoed 66 of 836 bills in 2021 and 56 of 428 in 2020, when the legislature cut back on its bill volume to devote time to the COVID-19 pandemic emergency. The Senate research office survey said Newsom vetoed 172 of 1,042 bills in 2019, his first year in office.

Newsom’s veto rates — 14% this year, 8% in 2021, 13% in 2020 and 17% in 2019 — have been more or less in line with his Democratic predecessor, Jerry Brown, and lower than those of Republican Arnold Schwarzenegger, according to the Senate research office survey.

Newsom has previously cited concerns about reckless spending. In rejecting a bill last fall on part-time community college faculty, he said “this bill would create significant ongoing cost pressures on the state and community college districts,” and that “such a high expenditure is better addressed in the state budget process.”

But analysts say such comments have become more frequent this year. Newsom has noted in multiple veto messages that “the legislature sent measures with potential costs of well over $20 billion in one-time spending commitments and more than $10 billion in ongoing commitments not accounted for in the state budget.”