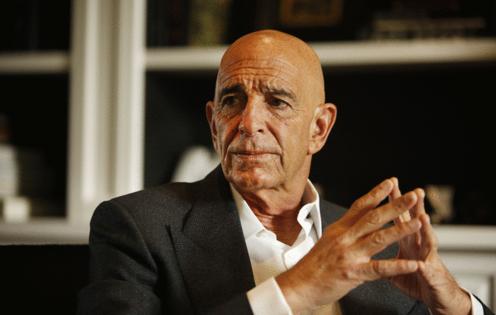 WASHINGTON — Rex Tillerson, who served as Secretary of State for little more than a year during the Trump administration, will testify next week as a prosecution witness at the trial of Tom Barrack, defense lawyers said Saturday.

Barrack’s lawyers wrote to U.S. District Judge Brian Cogan in Brooklyn, New York, on Saturday to say prosecutors informed them they intended to call Tillerson to the stand on Tuesday because scheduling conflicts make him unavailable after that date.

“Even on this inexplicably short notice, the defense has no objection to taking Secretary Tillerson out of order,” Barrack’s lawyers Michael Schachter and Randall Jackson said. The lawyers asked that since the trial will recess early Tuesday in observance of Yom Kippur, they would like Tillerson to testify Monday to give them more time for a thorough cross-examination.

Barrack, the founder of Colony Capital LLC, is on trial in federal court, accused of acting as an unregistered United Arab Emirates agent in trying to influence Donald Trump’s presidential campaign and White House.

Federal prosecutors claim Barrack, 75, was motivated by the desire to obtain hundreds of millions of dollars in UAE investments in his fund and other ventures. He and his former assistant, Matthew Grimes, have pleaded not guilty to the charges.

John Marzulli, a spokesman for Brooklyn US Attorney Breon Peace, declined to comment.