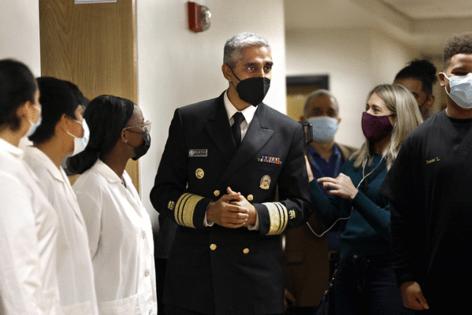 LOS ANGELES — Young adults in California experience mental health challenges at alarming rates, with more than three-quarters reporting anxiety in the last year, more than half reporting depression, 31% experiencing suicidal thinking and 16% self-harm, according to the results of a survey commissioned by the California Endowment.

The numbers reflect a years-long trend of worsening mental health among young people that was exacerbated by the COVID-19 pandemic, experts say.

The poll of nearly 800 Californians ages 18 to 24 also found young people facing significant barriers to getting help — with nearly half of those who wanted to speak to a mental health professional saying they had been unable to do so, and many saying cost or lack of access had stopped them.

The challenges reported by the poll are “extremely concerning,” said Dr. Benjamin Maxwell, interim director of child and adolescent psychiatry at Rady Children’s Hospital-San Diego, who was not involved in the survey.

“As a society we’ve underfunded mental health support for people for decades, and some of that is coming out in this survey.”

The poll reveals a generation under strain from a wide range of problems, with 86% saying the cost of housing was an extremely or very serious problem and more than three-quarters saying the same about the cost of college, lack of well-paying jobs, homelessness, drug and alcohol abuse, and the cost and availability of health care.

Mental health ranked just behind the cost of housing as a widespread problem for young adults, with 82% calling it an extremely or very serious problem.

When asked to pick a word that described how they felt about their generation’s future, the two dominant feelings were uncertainty and worry.

“If we compare this to what we get when we talk to [older] adults, we don’t see the same breadth and intensity of concern about this wide range of issues,” said pollster David Metz of the research firm Fairbank, Maslin, Maullin, Metz & Associates, which conducted the survey. “I think that says something about the burdens that young people are feeling.”

The poll was commissioned by the California Endowment, a statewide health foundation, in an effort to better understand the mental health challenges young people face. The endowment funds a variety of initiatives in California that engage in advocacy on mental health and other health-related issues.