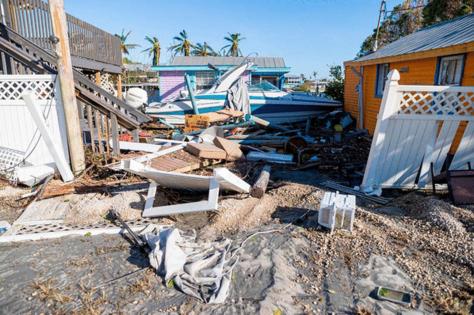 At least 18 of the people who died drowned. Three died when their oxygen machines stopped working due to power outages.

The youngest fatality confirmed by the Florida Medical Examiners Commission was a 22-year-old woman in Manatee County. The oldest confirmed death was a 92-year-old man in Lee County.

Here is a summary of what Florida officials have reported by county:

The medical examiner must determine if a death is storm-related or not, Guthrie said, which is why several counties have reported some deaths as “unconfirmed” for the time being.

Guthrie said Friday morning that there were eight unconfirmed deaths in Collier County.

The suspect in the mass shooting at an LGBTQ bar in Colorado Springs last month was charged Tuesday with 305 criminal counts, including first-degree murder, bias-motivated crimes and attempted murder.

LOS ANGELES — Los Angeles County appears in the midst of another full-blown coronavirus surge, with cases rising by 75% over the last week.

The spike — which partially captures but likely does not fully reflect ...Read More